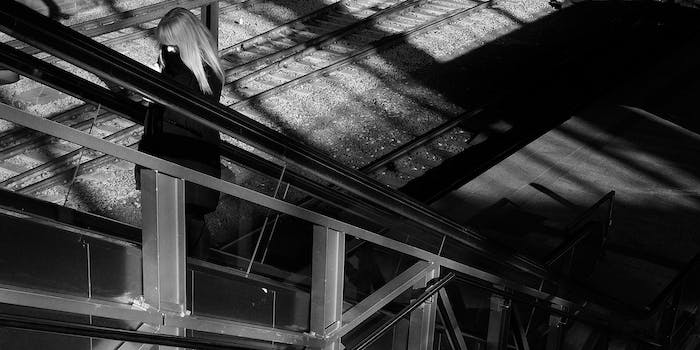 Sex workers in Germany have their own budding social network

Kaufmich.com is a social network exclusively for sex workers and their clients.

Since the dawn of hookup apps, there’s been speculation over whether apps like Tinder and Grindr will make sex work obsolete, due to the availability of willing and able (not to mention free) sex partners on the app. (Much to Tinder’s chagrin, there’s also a preponderance of spammy escort profiles on the app.) But what if there was a Tinder-style social network exclusively for those looking for paid sex, and those selling it?

Now there is, in the form of Kaufmich.com (loosely translated into BuyMe.com), a website founded by German entrepreneur Julius Dreyer. Kaufmich is essentially a social networking site for sex workers, allowing them to exchange tips and connect with other sex workers while also directly connecting them with prospective clients. It boasts over 250,000 active users every week.

According to GlobalPost, Dreyer’s aim in building Kaufmich is to create an open and honest environment for sex workers, who are often forced to work in isolation and relative secrecy. “Our vision is to see sex work an equal and fully accepted part of society,” Dreyer says. “We believe that all kinds of problems arise from sex workers being isolated and judged [by others].”

Prostitution has been legal in Germany as of 2002, but there’s still a great deal of stigma surrounding the profession, according to a 2009 survey on the state of legal sex work in Germany. Many sex workers also object to the government’s intense regulation of the sex industry, in the form of proposed laws such as tougher licensing requirements for brothels and mandatory registration for sex workers. (Sex workers in the United States have also voiced similar arguments against legalization of prostitution, advocating for decriminalization instead. In the U.S., prostitution is only legal in a handful of Nevada counties.)

What Kaufmich.com does is allow sex workers to directly advertise to customers, thus giving them more incentive to operate independently of a brothel or an illegal “pimping service.” On their profiles, they can opt for a “safe sex” badge, which indicates whether or not they offer condomless sex acts to clients. (More than 50 percent of workers have opted for the badge, says Dreyer.)

Kaufmich also offers a feature that helps escorts rate their customers and screen for clients, which reduces the risk of other sex workers encountering potentially creepy or dangerous customers. In this sense, the website is basically the equivalent of websites like VerifyHim or BackpageBlacklist, which also lets escorts screen for blacklisted potential clients.

“We want to bring a level of safety and transparency into this whole thing,” Dreyer says. “When you post an ad on Craigslist, you don’t really know who the guy is you’re going to meet. That’s a little scary.”