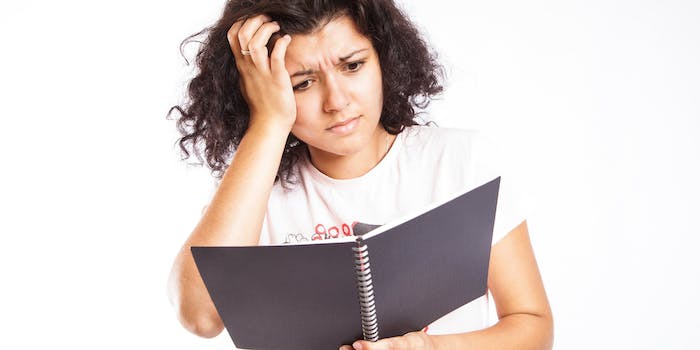 Study: Staring at your own Facebook page makes you dumb

Bathing in your own Facebook glow is bad for your brain.

Spending just a few minutes on the self-idolizing cathedral that is your Facebook page does wonderful things for your self-esteem. In fact, say the authors of a new study, you brim with so much empty self-esteem after looking at your profile for five minutes you get, well, kind of stupid.

Researchers at the University of Wisconsin-Madison tasked 159 undergrads with one of two tasks: Briefly scan their own Facebook profile, or someone else’s. Afterwards, each student had to take a math test: countdown as fast as possible from the number 1,978, by intervals of seven, for two minutes.

Those students who’d just spent five minutes getting drunk off the glow of their own profile did a lot worse than the others. They performed the cognitive task 15 percent slower than the others. What’s going on here?

“Performing well in a task can boost feelings of self-worth,” UW-Madison professor Catalina Toma, who ran the study, said in a statement. “However, if you already feel good about yourself because you looked at your Facebook profile, there is no psychological need to increase your self-worth by doing well in a laboratory task.”

She added: “This study shows that exposure to your own Facebook profile reduces motivation to perform well in a simple, hypothetical task.”

It does not, however, show that using Facebook torpedoes your overall academic performance. The buzz of self-love may wear off pretty quickly, and Toma cautioned more research was needed. Facebook users, after all, spend a lot more time watching their newsfeed than they do perusing profiles. What effect does that have on your brain? Wild guess: It doesn’t make you smarter.