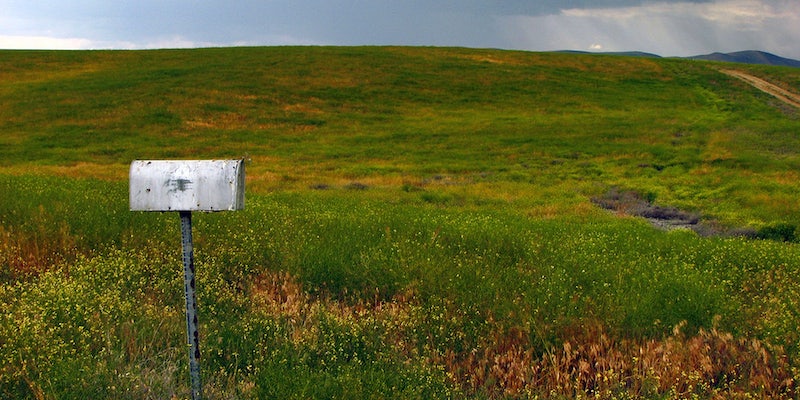 You're more popular than you know.

Even if you’re typing away on Facebook Chat for most of the day, it’s likely you’ve never noticed that the drop-down menu for messages contains two separate tabs. One is “Inbox,” which you actually use. The other is, well, “Other”—and it’s a whole new world in there.

The “other” tab in Facebook messages is a special place. pic.twitter.com/6ugxSPrVsj

The “Other” section, you see, collects everything that people who aren’t your Facebook friends have tried to say to you—and the less stringent your privacy settings are, the better the odds that some weirdo has tried to get in touch. I mean, here’s an amateur genealogist who uses capital O’s instead of zeroes. 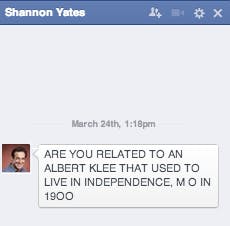 And here’s acclaimed young poet Michael Robbins, presumably shaming me for a blog post I’d written more than a year prior. 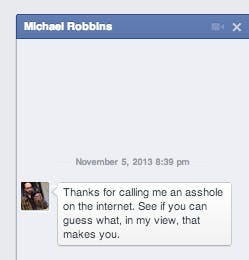 As I prompted my coworkers and friends to start skimming their “Other” messages, more and more mysteries emerged. Until she clicked, one college classmate reported, “I had no idea how many old dudes wanted to be my friend.” Daily Dot editor Molly McHugh was once told by a hopeful suitor that if he were “about 25 years younger I’d ask ya to watch Disney’s Lady and the Tramp with me over a bowl of Pedigree’s Meatballs and Spaghetti.”

Our own Andrew Couts’ “Other” inbox revealed he’d made an enemy.

A former coworker described it as the place “where dick pics and club invites go to die.” She was not alone in that experience.

@MilesKlee I once found a really awful dick pic in there. (Only one I’ve ever gotten!)

@MilesKlee I get about a message per year calling me “horse boy” or “horseface” or “horsey” – example: pic.twitter.com/LS83CoSN9s

@MilesKlee I wish I could figure out who is responsible for them. pic.twitter.com/ukH3pbv5r2

@MilesKlee “Florence Nightengale lay in her bed dying with stomach cancer…” Goes on from there, and then again translated into Spanish.

@MilesKlee Also got a soundcloud link to a dude reading prayers. My “other” box really wants to talk to me about Jesus.

@MilesKlee Thanks for this. I just saw 8 messages of actual importance. Now I’m furious, haha.

@MilesKlee I have several romantic proposals akin to this one. pic.twitter.com/EX8X4rE3Kf

@MilesKlee I also missed out on getting money from Facebook. pic.twitter.com/TnmacTs5N5

Spam and scams are a frequent sight, but they often bear a seemingly personal touch. Daily Dot reporter EJ Dickson was informed of an event where “Jewish Cowgirl Kay Miller will be projecting historic photos and her illustrations while speaking about her book Jews of the Wild West a Multicultural True Story at the Actors Temple.” An editor at a New York publication, meanwhile, was contacted by someone claiming to be a pregnant woman whose mother had recently died; she said she was looking for a long-lost older sister.

There’s no end to such bizarre attempts at online correspondence, but I had to wonder: Has there ever been an “Other” message someone was happy to receive?

@MilesKlee i found one very nice message telling me a person had read some of my poems. which is all i ever wanted, ever

Oh, thank god—guess there’s some slim hope for the human race yet.