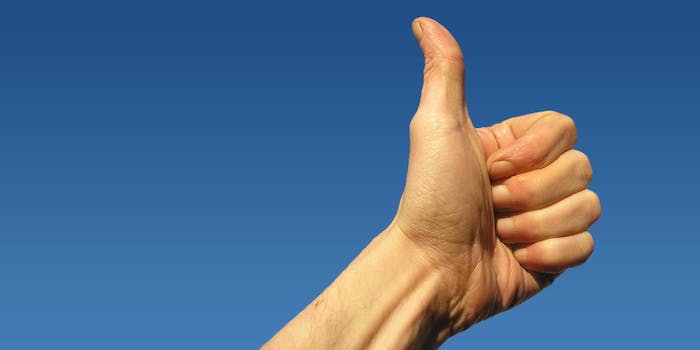 Facebook’s organ donation program will save a lot of lives

The program saw a nationwide surge of donors for 12 days last May.

Facebook can save lives. When the social network announced a new feature last May that allowed users to announce their organ donor status to their followers, it was easy to shrug it off as charitable posturing: Social media is good for either sharing updates about your cat or feckless social activism campaigns that make a lot of noise but go nowhere.

The cynicism, it turned out, was unwarranted. Just look at the numbers revealed in a recent John Hopkins study: 13,012 people registered the first day. That’s 21.2-fold increase over the average. In Michigan, registrants increased seven-fold. Georgia registrations were 109 times greater than on an average day.

Twelve days later, at the end of the study, daily registrations across the country were still double their normal averages.

“The short-term response was incredibly dramatic, unlike anything we had ever seen before in campaigns to increase the organ donation rate,” Andrew M. Cameron, the study’s leader, said in a press release. “If we can harness that excitement in the long term, then we can really start to move the needle on the big picture.”

It would be pretty extraordinary if Facebook could figure out a way to keep that enthusiasm lasting more than 12 days. But perhaps more feasible: The company should try to drum up enthusiasm for a short surge every year, something comparable to what happened last May. The Internet is very good at short bursts of energy. It is very bad at sustaining interest over long periods of time.

Each of those new registrants last year can potentially save the lives of eight people. It doesn’t matter if they registered over months or all at once.