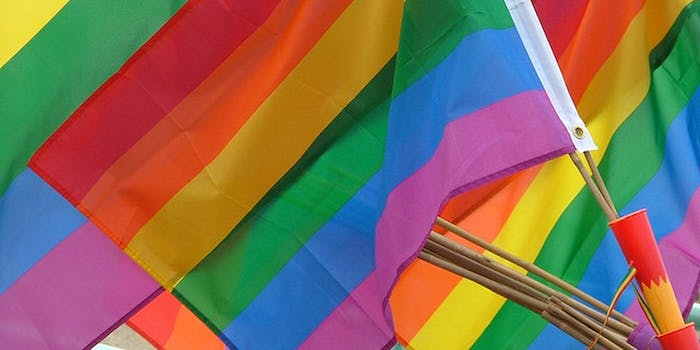 The page's moderators also ask followers to rank the attractiveness of scantily clad models by liking or sharing posts.

There are plenty of Facebook pages devoted to pictures of scantily clad women—Body Hot Girls, Hot Girls, and Sexy Girls, just to name a few. These are the kind of pages that force you to slam your laptop screen closed out of embarrassment when they pop up on your newsfeed, and have an audience of prepubescent 13-year-old boys.

But one page uses more than just the photographs of T&A to garner likes and shares. Accompanying just about every post on “Sexy Hot Girls ღ” is the message, “HIT LIKE IF YOU ARE NOT GAY.” 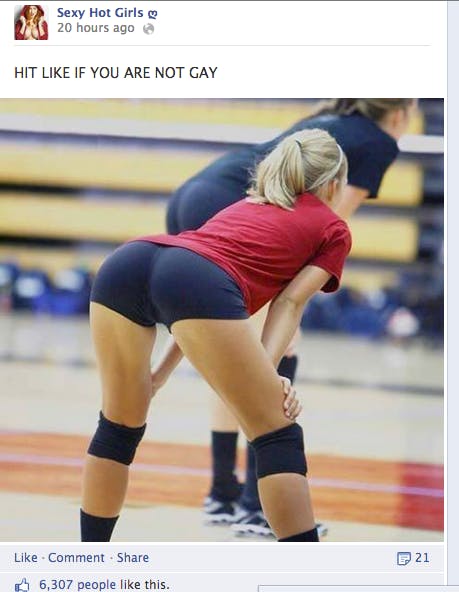 And “like” they do. A picture posted yesterday (featured above) that used the homophobic slug line already has over 6,000 likes and 20 shares. Other posts on the page have gotten thousands of likes and shares.

If using this highly offensive digital version of “no homo” wasn’t enough, the page also encourages fans to votes with likes on the attractiveness of the women featured in photographs. 100 likes is “ugly,” 500 is “pretty” and so on. 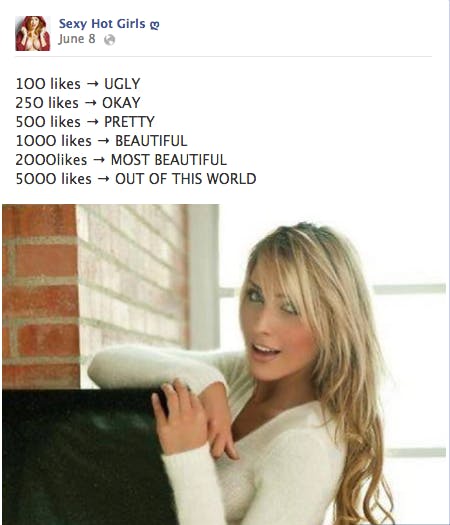 While the page doesn’t seem to violate any of Facebook’s community standards that govern the use of hate speech, the strategy that encourages 19,346 fans to secure their manhood by liking a post is just, well, kind of annoying.

No one behind the page has not responded to a request for comment. Maybe the moderators were too busy proving they aren’t gay.