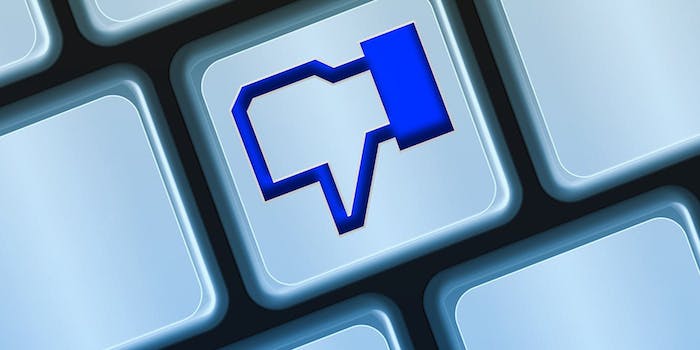 For those who have hundreds and perhaps thousands of friends on Facebook, logging onto the social media website might make you feel good about yourself. Perhaps you think those Facebook pals—like that one dude you met at that party, like, four years ago—truly care about you.

After all, look at how many people hit the like button on your beach selfie and look at how many of them actually remembered your birthday and cast their best wishes to you online. It’s great because you might be the most popular person in your entire household.

But before you throw yourself that congratulatory party, here’s some sobering news. Hardly any of your Facebook friends care about you.

According to a study published in the journal Royal Society Open Science by anthropologist Robin Dunbar, only about a quarter of the Facebook friends of those who were studied were considered to be “genuine” friends. In a time of crisis, only 4.1 friends could be counted on for emotional support while 13.6 friends would form a sympathy group for you.

As Engadget points out, Dunbar is the researcher who came up with the “Dunbar number,” which theorizes that people can maintain about 150 relationships in real life. In his most recent study, Dunbar gathered 3,375 adults in two samples in the UK. More than 55 percent of the respondents were female, and the average age of those being studied were in their late 30s. The mean number of Facebook friends in the two samples was 155.2 and 182.8.

Dunbar writes that one of the main findings of the study is that the samples “provide a direct test of whether [Internet-based social networking sites] allow individuals to have larger social networks than is possible offline because [they] allow one or more of the constraints that limit offline social network size to be circumvented.” He continued,

“The results clearly suggest that they do not. This result concurs with previous findings for a much smaller sample … which suggested that heavy users of online social media do not have larger offline social networks than casual users, even though more of these may appear online for heavy users.”

Tons of Facebook friends may not make your life any better, but we’re fairly confident in saying that the more Instagram followers you have, the longer you’ll live and the happier you’ll be.