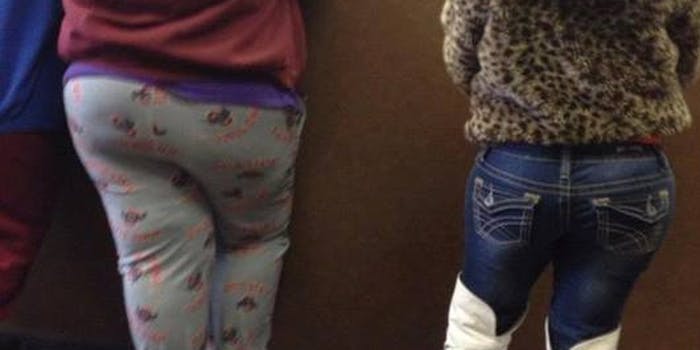 It took less than two days for a Facebook page called “The Sluts of Lorain County” to enrage half the Internet and get subsequently banned. But why on earth did a page devoted to mocking the denizens of a rural Ohio community seem like a good idea to begin with?

The answer offers a revealing look at the inconsistency of Facebook’s content and community policies, and what may be its double standards for dealing with various kinds of reported abuse. 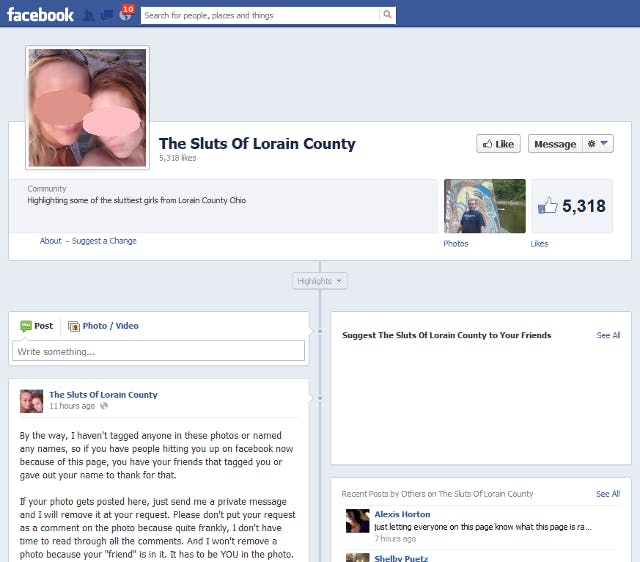 Before Facebook yanked the community offline, “The Sluts of Lorain County” garnered over 5,000 Facebook likes. The web page posted photos of women without their permission under the category of “sluts.”

Immediately the project was met with severe outrage and pushback from readers. The moderators of the page initially decided yesterday that they would purge the site nightly of all the photos, perhaps because of all the takedown requests they were receiving:

I was asked to remove a couple of the photos by the people in them. And I have decided to just remove them all on a daily basis. Nobody wants this to be a permanent thing. I get that.

Yet before the Facebook page came down late last night, dozens of women still remained, their pictures apparently uploaded without their consent. 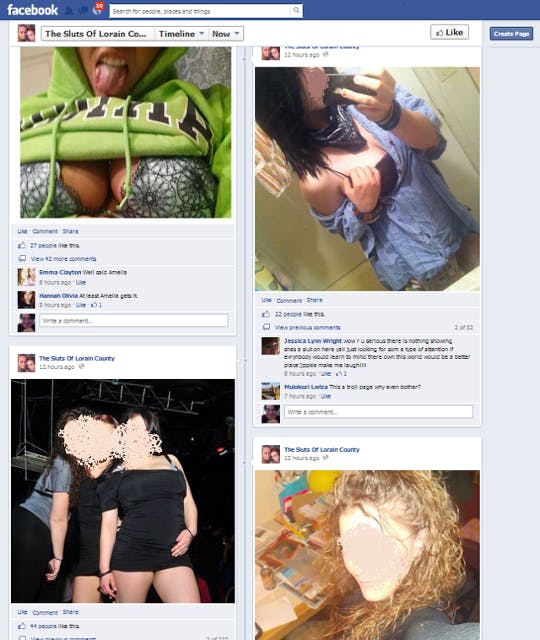 As the community moderators continued to post pictures, a post on Tumblr soliciting outrage over the web page made the rounds, garnering over 36,000 notes in a day. The post urged concerned Facebook users to report the page for abuse. It also claimed that Facebook had initially decided that the page didn’t violate community guidelines for bullying and harassment. A Facebook user named Rachel Hartley joined the community in order to post directly to it urging women whose pictures had been posted without their permission to report the community for Image privacy violation.

The Facebook page’s moderator was unrepentant to the end, snarkily offering to change the page’s name to “Skanks of Lorain County”: 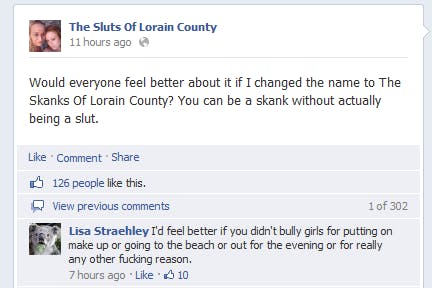 They also declared that they wouldn’t be taking down photos for just anyone:

By the way, I haven’t tagged anyone in these photos or named any names, so if you have people hitting you up on facebook now because of this page, you have your friends that tagged you or gave out your name to thank for that.

If your photo gets posted here, just send me a private message and I will remove it at your request. Please don’t put your request as a comment on the photo because quite frankly, I don’t have time to read through all the comments. And I won’t remove a photo because your “friend” is in it. It has to be YOU in the photo.

Facebook, however, had other plans; once enough people reported the webpage it vanished without ceremony last night.

But why had it been created to begin with? And why such a specific focus on Lorain County, Ohio?

Home to the ultra-liberal Oberlin College, Lorain is a mix of suburbia and farmland. But it’s also home to another Facebook page that exists solely to mock its inhabitants: The Creatures of Lorain County. Formed in April of this year, The Creatures of Lorain County has garnered over 22,000 Facebook “likes” since it first began posting stealthcam pics of the residents of this northern Ohio community. 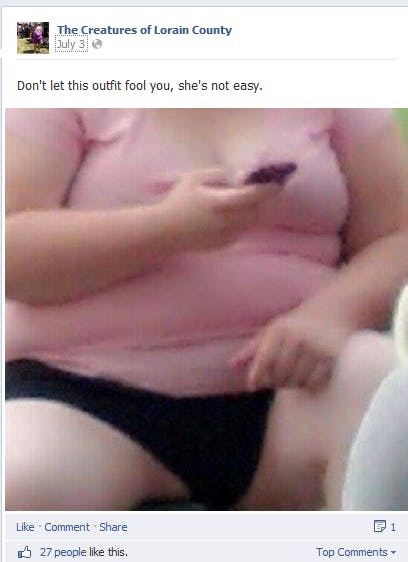 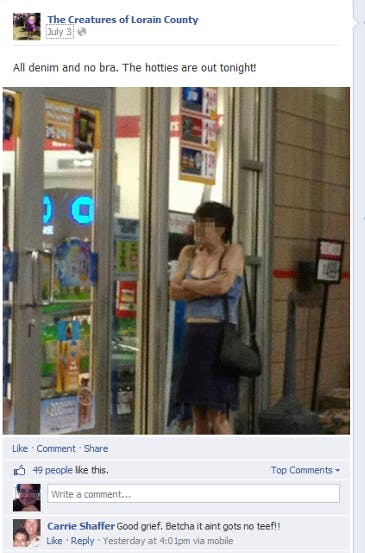 While the Facebook page might initially seem to be a sort of equal opportunity mocker, it fixates on overweight women who have the audacity to be out in public, and encourages its audience to do so, too.

Facebook’s Community Standards ban “hate speech,” but while the terms explicitly protect against gender-based forms of hate speech, they don’t include hate speech based on a person’s physical appearance including size, or based on their social class. And while Facebook does allow you report images that violate your privacy, Creatures of Lorain County seems to blur out its images haphazardly, perhaps to avoid having to take down an image after someone has objected to it. That might make it difficult to successfully report a privacy violation.

If the outcry over Creatures of Lorain’s fat-shaming and gender-policing grew loud enough, Facebook would probably take action. At the very least, it’s surprising that Facebook has no policy about whether “fat jokes” are inappropriate when they’re used to target real individuals. Indeed, public outcry seems to be the only sure way to achieve any kind of consistency regarding Facebook’s notoriously contradictory and erratically applied content policies.

But outcry seems to be completely absent in the case of Creatures of Lorain County. Without a polarizing insult like “slut” attached to the name, and piggybacking on the success of other popular man-on-the-street sites, the Facebook page appears to be thriving.

The takeaway from this incident seems to be that it’s totally okay to fat-shame, particularly if you focus on fat-shaming women, but it’s not okay to slut-shame.

Unless the Internet and Facebook step in, that’s not a lesson that the women of Lorain County will be allowed to forget.