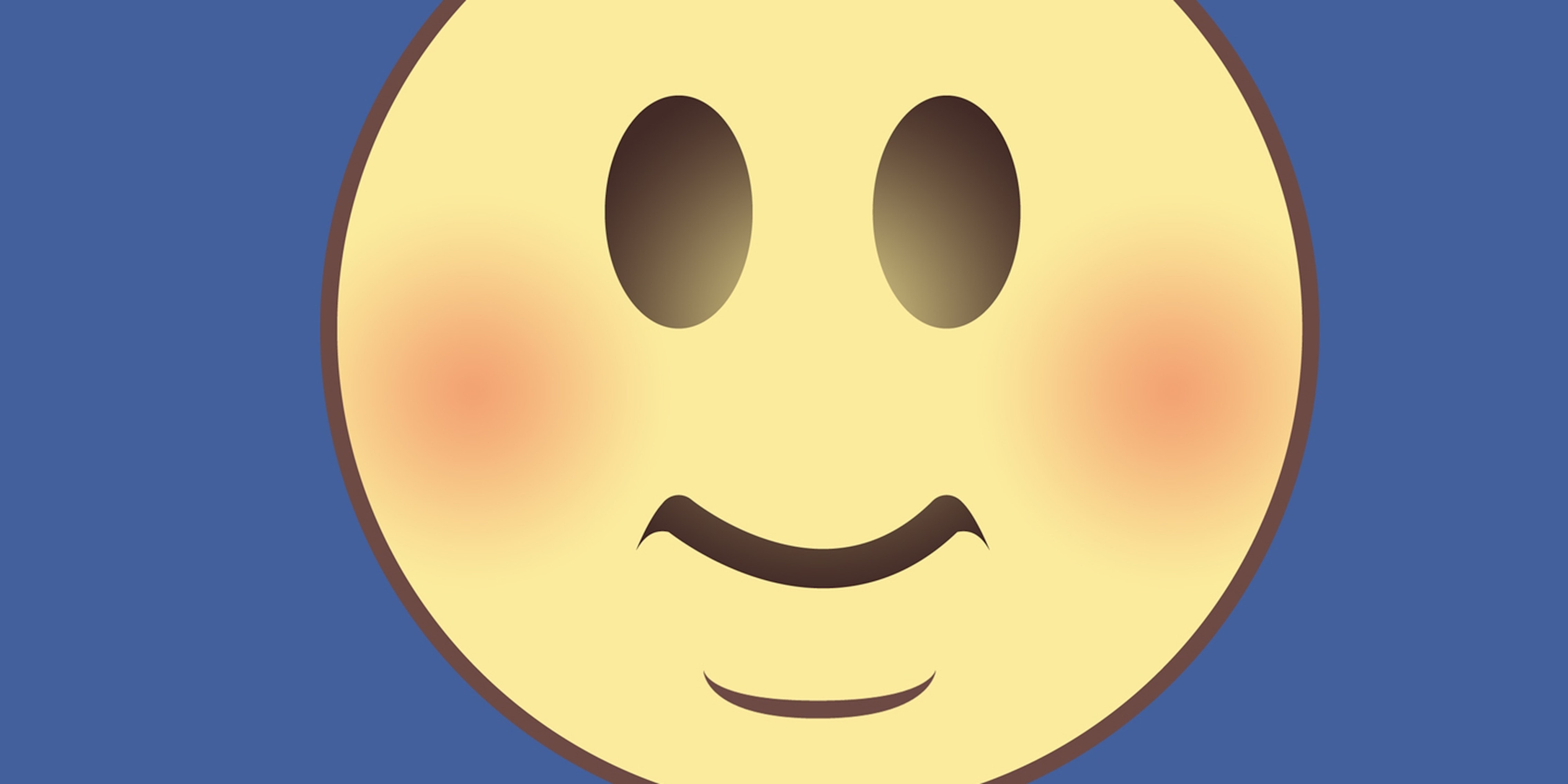 "Fat" and "stuffed" are not the same.

When a regular status update just isn’t enough, Facebook provides hundreds of pre-populated feelings with descriptive emojis to accompany your post. They range from happy to hungry to sad.

But one particular feeling has raised red flags: the “feeling fat” emoji.

Fat is not a feeling, and should be removed from Facebook’s list of emojis, said Catherine Weingarten in a Change.org petition launched to coincide with National Eating Disorders Awareness Week (which fell at the end of February).

“It can trivialize people’s experiences, or encourage people to put out body-negative ideas and have other people validate that,” Weingarten said in an interview with the Daily Dot. “Fatness isn’t a feeling, it’s something on the outside; it’s an insult. A feeling should be something more internal.” 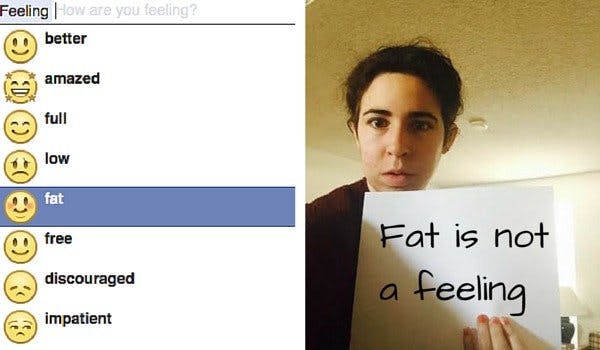 Weingarten said that her own experiences with eating disorders make her more sensitive to issues that call out body images. And when someone says they’re “feeling fat” on Facebook, it pokes fun at people who might be overweight.

“There was a long time when I was younger when I would sit around, and I would ‘feel’ fat,” she said. “I realized later that fat is not a feeling. When you think you’re feeling fat, it’s usually something else.”

Weingarten is partnering with Endangered Bodies, a body-positive nonprofit organization that works to empower women and end stereotypes about women’s bodies. The group is familiar with how social media posts can impact the thoughts women have about their own bodies. In 2012, the group helped launch Instagram and Twitter campaigns that asked women’s magazines to stop using Photoshopped images of girls.

Facebook’s version of “fat” could refer to feeling full after eating. But it already has an icon for “stuffed.” And it’s the exact same emoji that’s used for the word fat.

To Facebook’s credit, the company has talked with Endangered Bodies about why “fat” is problematic, but it’s unclear whether the emoji should be changed. Facebook’s list of emojis are supposed to provide the full spectrum of emotions, both positive and negative. And while negative posts may encourage negative responses, you can also argue it could help people realize when friends might need help.

Facebook has services in place for people to report posts about self-harm, and has a collection of resources that point people in the right direction when a friend is suffering from bullying, suicidal thoughts, or eating disorders.

Endangered Bodies isn’t the only organization hoping to help others realize that “fat” should not be used as a feeling. It’s a common refrain among groups that work to combat eating disorders and teach body-positivity.

In a video for Buzzfeed, Caroline Rothstein described her decade-long struggle with an eating disorder, and how she came to realize that “feeling fat” is just a body’s reaction to some other underlying feeling that may not present itself right away.

The Change.org petition is trying to get 15,000 signatures to hopefully encourage Facebook to rethink its emoji collection, and it’s received almost 11,000 so far.

Update 3/10/15, 1:55 p.m.: Facebook has removed the “feeling fat” emoji after complaints from users. The company sent the following statement to the Daily Dot:

We’ve heard from our community that listing “feeling fat” as an option for status updates could reinforce negative body image, particularly for people struggling with eating disorders. So we’re going to remove “feeling fat” from the list of options. We’ll continue to listen to feedback as we think about ways to help people express themselves on Facebook.