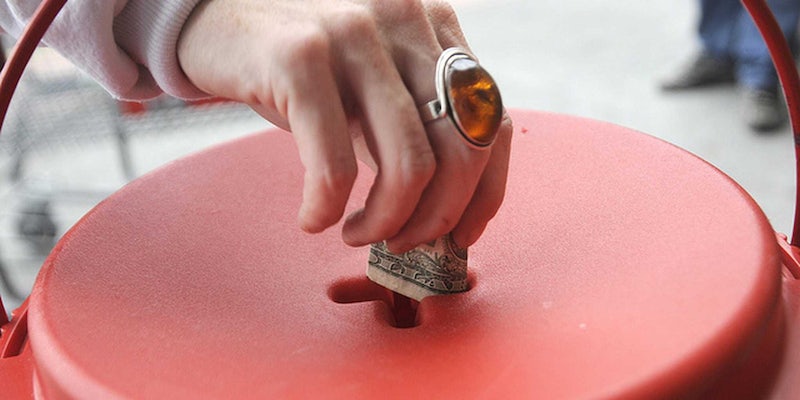 Approved charities will be able to collect money through the new button.

Among Facebook’s myriad uses, the social network has become an important fundraising tool for nonprofit organizations—particularly in the aftermath of major disasters.

Facebook  is well aware of that fact, so it’s taking steps to streamline the process for giving. Today, the company announced the roll out of a new “Donate Now” button that will allow users to donate directly to participating nonprofits. The button will appear on the pages and posts of nonprofits. Users click, choose an amount, enter payment information, and make a donation without ever leaving Facebook.

“In times of disaster or crisis, people turn to Facebook to check on loved ones, get updates, and to learn how they can help,” read a statement on the company’s official blog.

The donate button partially came out of last month’s devastating Typhoon Haiyan in the Philippines and southeast Asia which left more than 6,000 dead. In the aftermath of that storm, the Red Cross partnered with Facebook to allow donations through the site.

But even before last month’s typhoon, Facebook has been a critical vehicle driving donations in the aftermath of natural disasters. Not only have non-profits been able to virally ask for donations, but the site’s massive reach has enabled other unique forms of assistance. For instance, in the wake of deadly tornadoes in Illinois last month, residents were reunited with lost photos and other valuables through Facebook.

However, Facebook and other online forums also help scammers flourish after natural disasters. That’s why any group seeking to use the donate button will have to be verified first. A list of verified groups currently accepting donations today can be found on Facebook’s blog.

The donate button isn’t just for major disasters though. Nonprofits will be able to ask for donations at any time with this new feature.

“Donate also gives nonprofits an easier way to reach out and ask for help, both to support their everyday mission and in the wake of major disasters,” the company says. “And, with a community of over one billion people on Facebook, every local cause can become a global one — and every global cause can become a personal movement.”

And what does Facebook get out of this? A bit more of your personal information. To make a donation using the new button, you’ll have to sign up for Facebook’s payment system, which it currently uses to sell gifts—like those Starbucks gift cards it prompts you to send to friends on their birthdays—and charge you to message strangers.