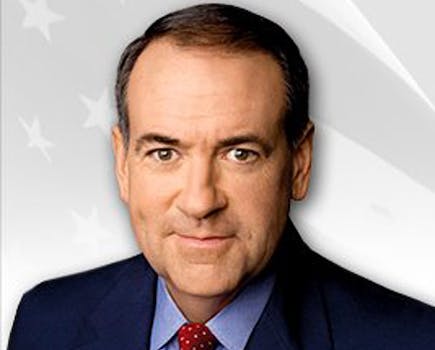 Conan O’Brien was right: the great cultural divide of our time is, apparently, our stance on a delicious fried chicken joint that gives money to anti-gay groups.

Opponents of Chick-fil-A’s president Dan Cathy—who said he was “guilty as charged” for supporting a “traditional” idea of family—might have thought the issue had blown over after a week of fallout over the remark.

Nope. More than half a million people have pledged, via Facebook invitation, to eat at the restaurant Wednesday.

Huckabee, or one of his associates, went so far as to register the domain name www.isupportfreespeech.com, which automatically redirects to the Facebook invitation.

“Let’s affirm a business that operates on Christian principles[…]by simply showing up and eating at Chick Fil-A,” Huckabee wrote.

According to their Facebook comments, some users are on board. Way on board.

“Mr Huckabee me and my little boy have been to chick-fil-a everyday for the past 2 weeks to show our support,” wrote Ashmore Neil, whose profile picture is of a Chick-fil-A drive in.

“[A]nd before that we were going at least 3 times aweek,” he added.

Still, that half a million doesn’t represent most Americans. According to BrandIndex, which measures public perception of brands, general perception of Chick-fil-A has actually dropped sharply since Cathy’s comments.