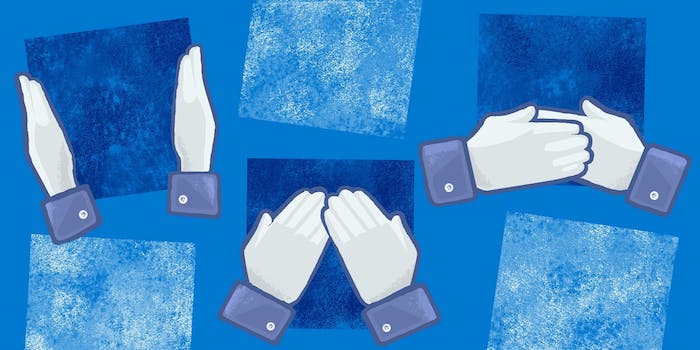 An article that features a photo of an emaciated Yemeni child has been flagged by Facebook as going against its community standards.

The New York Times op-ed by Nicholas Kristof titled “End This Shameful War” was published on Wednesday, and on Sunday, a Twitter user pointed out to the writer that he was unable to share the article because of its “nudity.”

YOUR ARTICLE WAS BANNED BY FB, SEE PHOTO: @NickKristof pic.twitter.com/wmTMWdAq6r

Kristof then retweeted it, indicating that some others were facing a similar issue.

People are telling me that @Facebook blocked posts of this starving girl from Yemen that ran with my column a few days ago. Others have this experience? To me this is ridiculous: The obscenity is not the photo but the starvation that arises from our policies. https://t.co/RLzLKM44Eh

Yup, i got the same thing pic.twitter.com/2AjNf1szxg

Same thing with me!!!!! I have appealed twice and told them to change their fucking algorithm!!!! It still shows me- UNDER REVIEW!!!

Kristof later shared the issue on his Facebook page as well. “I’m now hearing from lots of people that you are censoring this photo of a starving Yemeni child that ran with my Thursday column,” he wrote. “Yes, indeed, it’s a hard photo to look at. But what’s horrifying isn’t the photo but the reality,” clarifying that he had permission from the family of the girl to share her photo.

Many agreed with Kristof, pointing out the hypocrisy of Facebook allowing actually offensive posts, some of which borders on harassment, despite being reported.

@Facebook Lets Russians fill our timelines with fake news stories and doesn’t know what the meaning of most recent is yet blocks actual news and allows bugs to share millions of private photos. #Makessense #whydoanyofusstilluseit

Some shared their theories that the war in Yemen, given America’s stance on it, has been blocked on Facebook on purpose, and that it’s happened before.

The American public are actively blocked from knowing about the wars in Yemen. Now that you know that, you should understand why. The American public had no clue about nazis for almost a year of the Nazis putting people into concentration camps. This is called empire rule.

On his Facebook post, Kristof sums up his point aptly, “If Facebook is concerned, then it should help end the U.S.-backed Saudi war in Yemen that has brought 12 million Yemenis to the brink of starvation.”

On late Sunday evening, Kristof posted an update that a product official from Facebook had reached out to him and was looking into it.

Thanks for flagging this @NickKristof. The image doesn't violate our Community Standards – it’s exactly the sort of thing we want to leave up on the platform given the public interest value. We’re looking into the reports and working to address this ASAP.

A Facebook spokesperson told the Daily Dot the block was a “mistake.” “As our Community Standards explain, we don’t allow nude images of children on Facebook,” they said. “That said, we recognize that people use Facebook to share content that is newsworthy and important to the public interest—those are exactly the types of images that we want to leave on the platform. We undid the mistakes we made on this basis, and people should be able to share Mr. Kristof’s column on Facebook moving forward.”

Yemen has been embroiled in a bitter civil war since 2014, an offshoot of the 2011 Arab Spring revolution which ousted its long-time dictator. The new era led to a resistance from the country’s Shia Muslims; Saudi Arabia responded to the resistance with a coalition of eight other countries in the region, leading to a war where nearly 400,000 children are at risk of starvation because of the “closure of all ports and airports” that block food and medicine supplies into the country.

The U.S. has been backing the Saudi-led coalition, which recently came under severe scrutiny following the Saudi government-backed murder of U.S.-based Saudi journalist Jamal Khashoggi. Since then, many across the U.S. have denounced America’s support and alliance with Saudi Arabia.

On Thursday, a day after Kristof’s op-ed was published, the Senate voted to end their military support for Saudi Arabia’s war in Yemen.