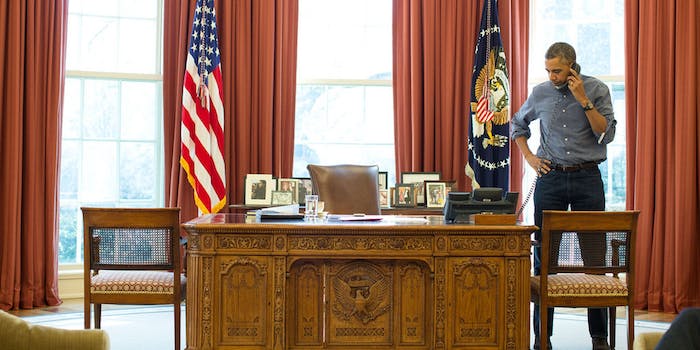 Executive orders: What you need to know

Executive orders have become a hot-button political issue. But what are they, really?

An executive order is set to take center stage in Washington, D.C., once again, as President Obama unilaterally grants legal status to millions of undocumented immigrants. The big moment is set to be unveiled during a speech on Thursday night, which Obama announced via Facebook.

So, what exactly is an executive order, and how can Obama use it to enact sweeping changes to the country’s immigration system?

“Executive action” is a broad term that could apply to virtually anything an administration does. In the context of Obama’s immigration announcement, the specific action would be an executive order.

Executive orders are directives given by the president to federal agencies that carry the full weight of law behind them despite the fact that they have no direct input from the U.S. Senate or House of Representatives.

”Stroke of the pen, law of the land,” is how Paul Begala, a former aide to President Clinton, famously described the orders. ”Kind of cool.”

To many critics, that sounds like it runs contrary to the logic of American government, which we’ve all been taught is based on a system of checks and balances.

The U.S. Constitution says nothing specifically about executive orders, but nearly every president since George Washington has fashioned an argument that Article II of the Constitution grants them this independent capability through statements, such as “The executive power shall be vested in a President of the United States” and “He shall take care that the laws be faithfully executed.”

Obama enacting an order will likely have an immediate, significant effect on the lives of immigrants by protecting as many as 5 million people from deportation.

Where the buck stops

Executive orders, however, have limits.

The next president could repeal the order. The court system, and ultimately the Supreme Court, could strike an order down by ruling it unconstitutional. Congress could also change the relevant laws that the order relies on, cancel funding, or mount major legal challenges that either defeat the order entirely.

”Stroke of the pen, law of the land”

So, despite the undeniable magnitude of what is expected of Obama’s order, the only path to lasting comprehensive immigration reform is through Congress. In fact, Obama says part of the reason he’s issuing the order is to push Congress to pass their own reform rather than avoid the issue, as lawmakers have basically done so far.

“My executive actions not only do not prevent them from passing a law that supersedes those actions,” Obama said recently, “but they should be a spur for them to actually try to get something done.

George Washington issued a total of eight executive orders during his presidency, with the first notable order given in 1793 to prosecute any Americans interfering in the war between England and France.

By the middle of the 19th century, presidents made use of executive orders with increasing frequency. Abraham Lincoln issued 48, for instance, and Theodore Roosevelt issued 1,081. Franklin D. Roosevelt tops the list with 3,522 executive orders over his 12 years in office—a rate of almost one per day—including, most infamously, order 9066 to place Japanese Americans into internment camps.

Not including the immigration order, Obama has issued 193 executive orders, a number that has seen him labeled “imperial” and a “tyrant” by critics. Based on numbers alone, however, Obama is relatively conservative with his executive orders. George W. Bush issued 291 orders, Clinton hit 364, and Reagan sat atop all modern presidents with 381 orders issued.

Here’s the breakdown of executive orders since the beginning of the United States:

Reactions to executive orders range wildly. Most orders are non-controversial. When they do stoke a political firestorm, however, the resulting controversy almost always follows the same choreographed dance.

Typically, when congressmen disagree with executive orders, they say presidents are overstepping their power. When legislators agree with executives, the orders are deemed necessary. Predictably, this often breaks down upon party lines.

Obama’s upcoming order is already attracting criticism and legal threats from his political opponents, but they’re unlikely to sway him from issuing the order. Instead, they’ll place their bets on changing the law next year, when Republican majorities own both houses of Congress.