Every Girl Needs A Gay was 'an EPIC matzo ball.'

It’s rare that the Internet outrage machine results in more than defensive debates and accusations of political correctness. So we can all stand to learn from web developer Gini Garbick, who is responding to the criticisms against her new project in a bold way: listening and making changes.

Garbick is the entrepreneur behind Every Girl Needs a Gay, a forthcoming friendship matchmaking website initially designed for straight women and gay men. “Whether looking for a ‘fling’ or a long-term relationship, an occasional companion or a confidante… Every Girl Needs a Gay LLC will offer platforms identical to traditional online matchmaking sites,” reads the pitch.

In an email to the Daily Dot, Garbick—a self-identified “old school ‘hag'”—explained that the idea for Every Girl Needs a Gay came from her personal need for such a site:

“I relocated to Boston from Michigan in 2007 and never found my Boston gay best friend. I openly and shamelessly lamented to anyone who would listen. I thought, ‘How does one meet a gay man? How? If there were a matchmaking site, I’d be all over that!’’ And there wasn’t one. So I built it.”

To promote Every Girl’s January 2016 launch, Garbick created a Facebook page for the site in November (which she has since disabled). Much to her delight, the initial feedback she received was overwhelmingly positive.

Screengrab of Every Girl Needs a Gay via Mic.com

“The Facebook page generated a lot of enthusiasm from both the straight and gay communities,” Garbick told the Daily Dot. “One post read ‘OMG! WE WERE JUST TALKING ABOUT THIS!’, and [there were] many ‘CAN’T WAIT!’ and ‘IT’S ABOUT TIME!’ [posts].” It was her impression, Garbick continued, that some people were “very excited” about the site. 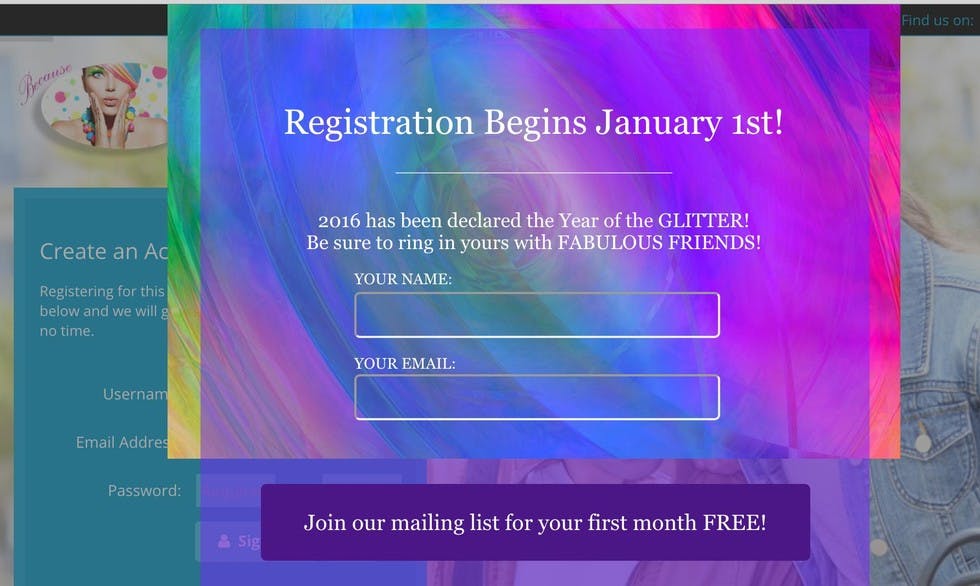 Screengrab of Every Girl Needs a Gay via PAPERMAG.com

But three weeks ago, the backlash began.

Cringe, didn't fag hags die off in the 90s? 'Every Girl Needs A Gay' launches, 3 people join – https://t.co/x3EPFAt0L6 via @gaystarnews

The criticisms were not entirely unfounded. Refinery29, for instance, poked holes in Garbick’s analysis of a study published in the journal Evolutionary Psychology, writing:

“A visiting researcher and his team at the University of Texas at Austin supposedly wrote, ‘Our results suggest that straight women and gay men perceive mating advice provided by each other to be more trustworthy than similar advice offered by other individuals.’

That means a small sample of subjects believe that sexuality stereotype validates their friendships, not that it’s true or would be a good way to view women or gay men; as it is, something about the bogus term ‘fag hag’ reflects poorly on both parties. Do we really need to enable this narrow-minded view of us?”

Other media outlets criticized Every Girl for tokenizing friendships and for its corny and over-the-top use of stock photos. Even Mic.com, the only outlet that Garbick says directly contacted her for comment, called the website “problematic.”

Dear straights, we aren't for sale: "New matchmaking website Every Girl Needs a Gay is a huge step backwards": https://t.co/P1vHK6jXX9

Still, even critics of the website find themselves intrigued by Garbick’s premise, which is an unexpected take on the traditional idea of a matchmaking website. “On the surface, what she seems to be commodifying is gay men, an odd yet wonderful historical gender inversion,” said lesbian/feminist writer and Daily Dot contributor Marcie Bianco. “It’s bit of a genius move: historically, women’s bodies have been commodified, exchanged and sold between men. Now, with [this site], men are the commodities; women the buyers.”

Bianco called the initial concept of Every Girl Needs A Gay to be “ridiculous.” Yet she still admitted it is similar to most online dating websites in the sense that it seeks to create intimacy (in this case, platonic) with minimal in-person interaction. “To me, this site’s existence is fascinating: what does it say that we can’t find friends offline, outside the Internet?” Bianco asked. “Why can’t straight girls find their gays? Did they ever find their gays?”

Prior to moving to Boston, Garbick had no trouble forming close bonds with gay male friends, relationships she describes as “sacred.” In light of her positive associations with these friendships and the positive feedback she received when she first began publicizing her website, she told the Daily Dot she was taken aback by the negative response: “I build a site to make a friend and everybody came out to hate me. Can you appreciate the irony?”

The media attention died as quickly as it began, when it became apparent that the landing page for Every Girl Needs A Gay had been removed. Now, when visitors go to the site, they see only a blank page cheekily titled, “A what? For What? Oh hell no! That bitch is crazy.” 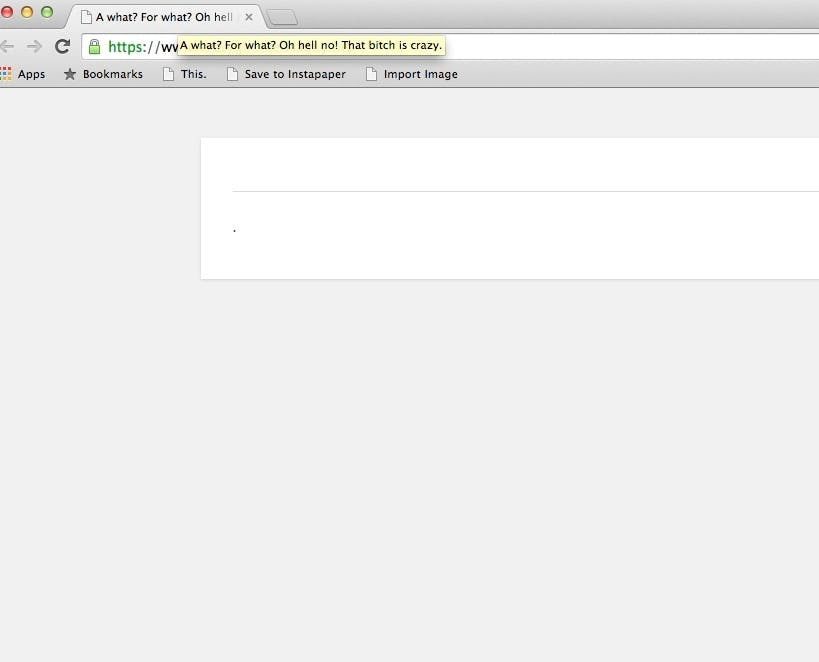 Screengrab via Every Girl Needs A Gay

Some have speculated that the website was hacked by critics, but Garbick told the Daily Dot that the decision to remove the site was hers alone.

“I took it down,” Garbick admitted, continuing:

“Of course I would. It was an EPIC matzo ball. I needed to listen to where it went so horribly wrong, and get my head around why everyone was so upset by this idea. I needed to catch my breath, and get to work understanding what is going on within our communities, and the gay communities, and those who felt marginalized and disrespected, and why. I couldn’t move past it until I understood it. So I got to work.”

Right now, Garbick still intends to launch a rebranded “friend finder” platform in early 2016, “[i]f the Internet will still have [her].” She told the Daily Dot that she has contacted the Greater Boston branch of Parents, Families, and Friends of LGBTQ People, as well as other Massachusetts-based LGBTQ organizations and activists, for guidance. She is educating herself on preferred language and focusing her efforts on rebranding the site so that it becomes “something that is all inclusive and fun and safe and celebratory.”

Most importantly, Garbick is encouraging straight women, gay men, and everyone in between to contact her with constructive ideas and suggestions, so that she can do everything she can to make the best possible site. She is asking those curious about her website to stay tuned to the landing page, as the blank page will soon be replaced by a questionnaire that will guide the new direction of the site.

“I clearly have so much to learn, but I need input,” she said.