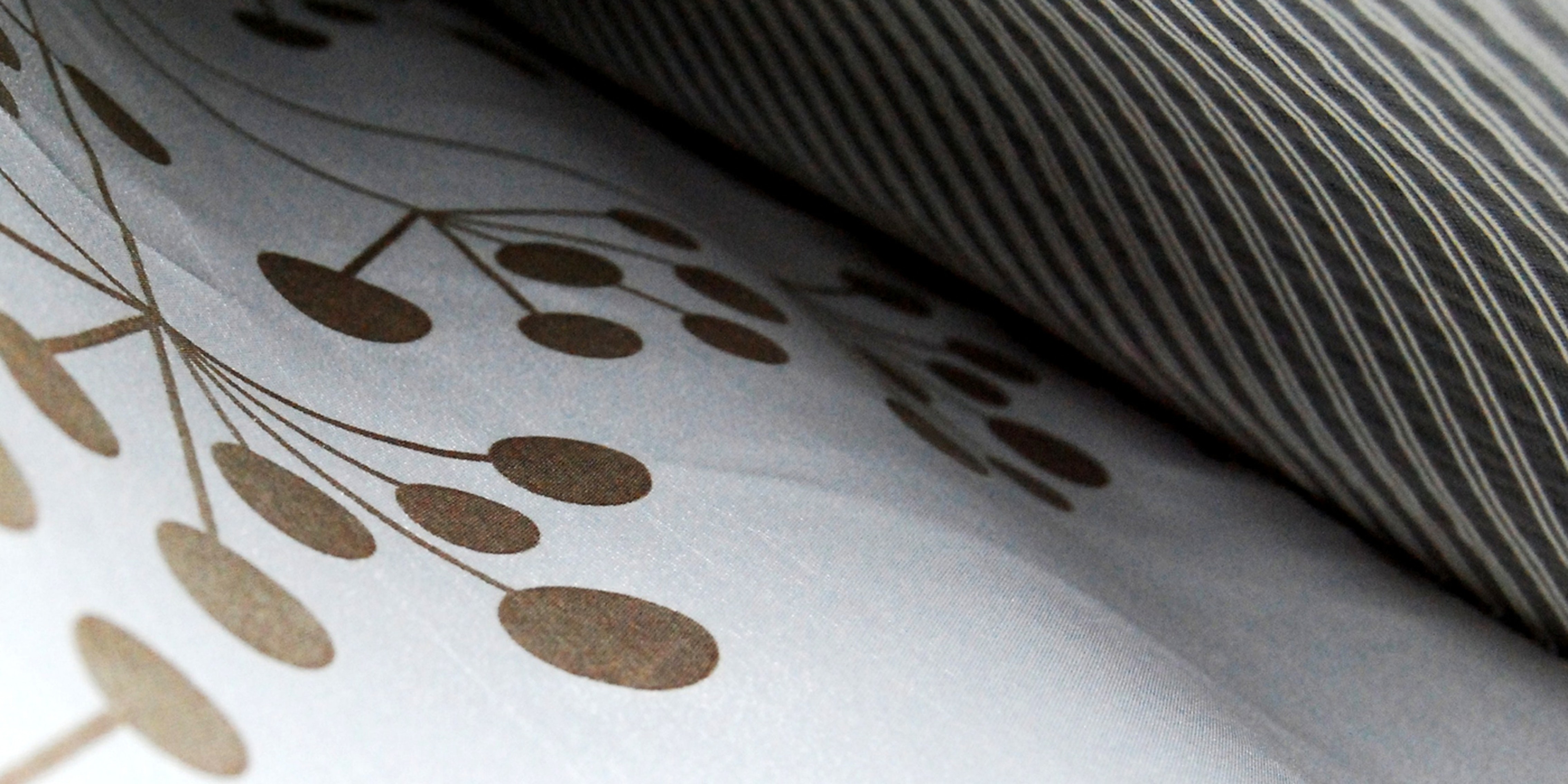 Your ‘handmade’ gift from Etsy might be made in China

With mass-produced products being resold, actual handmade goods are being clouded in Etsy’s search.

My daughter’s first birthday was coming up. Like any mother hoping to take adorable first birthday photos, I started looking for the perfect party outfit. As a longtime shopper of Etsy.com, an e-commerce site for handmade and vintage goods, I began to search for a dress for my little girl.

Something seemed amiss, however. Many of the dresses that turned up in my search were suspiciously low-priced—my first signal that something not-exactly-handmade was up with the listings.

I kept browsing and started coming across dresses that looked exactly the same, yet were being sold by different sellers. Sure, these Etsy sellers could conceivably all claim that they simply use the same fabrics and patterns. That was not the case, though. Far from it, in fact. I later saw that these exact same dresses on Etsy were also for sale in bulk on Chinese e-commerce site Alibaba.

Etsy has long served both makers and consumers of lovingly-made, oftentimes niche products. Want a Dr. Who-themed bridal hair accessory? Need an audience for your needle-felted alpacas? It’s all on Etsy in what amounts to a virtual arts-and-crafts fair.

But a problem that pops up in real life art markets across the globe plagues Etsy as well: mass-produced goods sold under the guise of being handmade.

Etsy sellers agree to carry products that are either vintage or handmade, which includes your own designs being made by outside manufacturers. The implication is that products on Etsy are not mass-produced, even if pieces of it are made by others. In an official Etsy blog post from March 2012, the company’s definition of what constitutes handmade status is explained:

On Etsy, the term ‘handmade’ can additionally be interpreted as ‘hand-assembled’ or ‘hand-altered.

With the knowledge that not all sellers can manufacture their products from start-to-finish, Etsy also cites transparency is one of its main principles:

By being open and honest about how items are made, we create a marketplace built on trust.

Additionally, Etsy explains on a page about their ethical expectations for sellers (emphasis their own):

Etsy reviews all sellers who apply to work with third party manufacturers, and asks them to demonstrate their design process, their knowledge of the production process, and their willingness to be publicly transparent about how their items are made.

However, Etsy cannot guarantee the conditions under which products listed for sale on Etsy were made. Etsy does not currently audit third-party manufacturers based on labor or other standards, and we do not require sellers to demonstrate that the materials incorporated into their products comply with the laws in the country or countries in which such suppliers do business. Etsy is not responsible for any manufacturers chosen by sellers.

Etsy’s intentions, however, may not always reflect reality. According to a report from Wedbush Securities, which was the focal point of this Forbes article from May, as many as two million items for sale on Etsy might be trademark violations or blatant counterfeit.

Given how easy it is to purchase items manufactured elsewhere and sell them on Etsy, authenticity is a difficult promise for the company to keep.  The overarching name for this problem is reselling— and according to their official seller policy under the ‘What Can’t be Sold on Etsy’ section, it is clearly prohibited:

Sara Cohen, who handles Etsy press inquiries, explained in an email that the problem with reselling doesn’t exist for lack of effort on Etsy’s part. She referenced its  Transparency Report from last year, which states: “We believe that being an open marketplace vastly outweighs the challenges it presents.”

When I told Cohen about the Alibaba products in my email correspondence with her, she responded: “You can’t tell from just a picture, and while we take reselling very seriously, we don’t rush to judgment.”

When asked about what the company is doing to specifically combat reselling, Cohen referred to an Etsy blog post from October 2013 on the issue. When the same item shows up in multiple shops, Etsy explained, the culprit is often a shop owner who is operating several different shops.

However, that does not seem to explain everything. Search for “lace baby romper” and most of what’s being sold appears to be exactly the same – and offered for sale in a variety of colors for very little money on Alibaba. It’s difficult for a shopper to ascertain whether the goods for sale on Etsy are as “handmade” as the seller claims. (For example, I also did a quick search for “crystal druzy earrings” and found identical listings between Etsy and Alibaba—including a pair of earrings I own, which were purchased under the assumption that they were handmade.)

Some sellers are understandably angry that resellers are racking up sales and rave reviews while their own real, handmade goods are being clouded in Etsy’s search. They have been taking their complaints to the Etsy forums, where they accuse the site of giving up entirely on monitoring the sale of fake handmade items—perhaps in the interest of increasing numbers in relation to their IPO, some speculate. Others have been urging their fellow sellers to report users who aren’t following the rules.

Toni, who specializes in stained glass items with her store Suncatcher Creations, left this comment on a thread about Etsy’s handmade problem:

I’ve heard some buyers giving up on Etsy as it seems to be turning into another eBay.

But not being like eBay, at least initially, is what has made Etsy so successful. When the site launched in 2005, it was forbidden to sell something a shop owner didn’t actually make. That all changed in October 2013 when the policy changed to allow outsourced productions. However, even that new policy states that sellers still need to play a creative role in production, reading:

Sellers create their handmade items in many different ways. Partnering with an outside business is okay, but we’ll require you to be honest about how your items are made.

Some sellers have posited on forums that Etsy can’t get ahead of it all—understandable, given the volume of goods on the site. Others have said that of course Etsy could monitor more closely if they wanted to and some have actually offered suggestions on how to combat all of the fake handmade items. One user suggested that a shop should be approved once it is stocked before it goes live. This wouldn’t completely rule out the impostors after approval, but they’d have to come up with some truly handmade items to pass the first test.

The state of Etsy handmade can possibly best be summed up with a comment made by the owner of HoboGirls, a shop that sells handmade jewelry:

It’s disheartening to see so much blatant reselling here. I think it brings down the integrity of the site. And it really does make finding the true artisans harder and harder.

Dan, who owns VaVaNeckwear commented on the same thread with the following:

I don’t think they’ve given up, but they’re not doing a good enough job about keeping on top of it. The category I sell in is awash with resellers, making it harder for customers to find actual handmade goods. I’ll be setting up my own website early in the new year – I’ll keep my Etsy shop open, but no longer will I bring outside traffic in if Etsy can’t stick to its side of the bargain.

One seller said that even though she still sells with Etsy, she prefers to buy handmade goods from Folksy—an online marketplace that is a lot like Etsy, but for British designers. In an email, I asked Folksy’s publicist, Camilla Westergaard, how Folksy deals with fake handmade items:

Anyone selling a product through Folksy must have made the product they are selling—unless it is a commercial craft supply, in which case in must be listed as such—or a seller must be able to prove that they designed the product. While we do allow small-scale production – in small batch production of under 100 and only then if made to an original design by the seller – we have no plans to change our policy to allow mass-scale manufacturing, unlike other sites.

Ultimately, a shopper can’t tell with 100 percent certainty from pictures whether reselling is taking place, but it sure looks like it’s happening across the site. While Etsy says they review every report that comes their way, resellers are profiting in the meantime and individual artisans aren’t being seen as well as they should be in such a crowded marketplace.

Policing these bad actors would help, but it is unlikely to wipe out resellers completely if people keep buying the goods. Inauthentic sellers will probably find ways around restrictions when there’s money to be made.

As an Etsy customer, you can help give the con artists the boot by not buying from them.