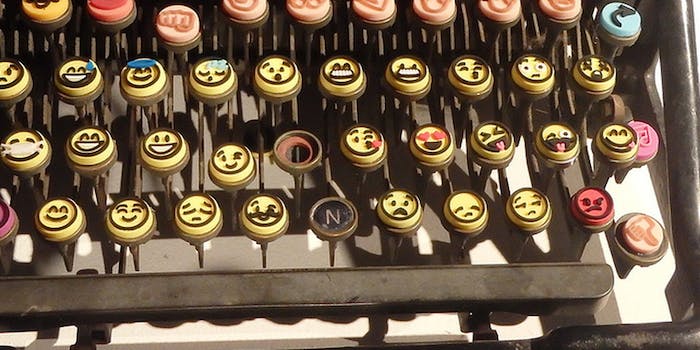 Could emoji be the new barometer for autism?

Has a constant rush of technology diminished our emotional response, or just changed how we view empathy?

The first annual Emoji Art & Design Show took place in New York City earlier this month, and one artist’s submission attempted to use emojis to understand the autism spectrum.

New York artist Genevieve Belleveau’s piece, “Emoji Autism Facial Recognition Therapy,” explored one spectrum with another, employing a range of emoji expressions to gauge where people fall. At the show, she sat by her emoji “chart” and asked “patients” several questions that might spark an emotional response, such as “How do you feel if you were supposed to bring a dish to a dinner party but it burned in the oven?” She then used their responses to place them along the expression spectrum, using emoji translations by Siri. 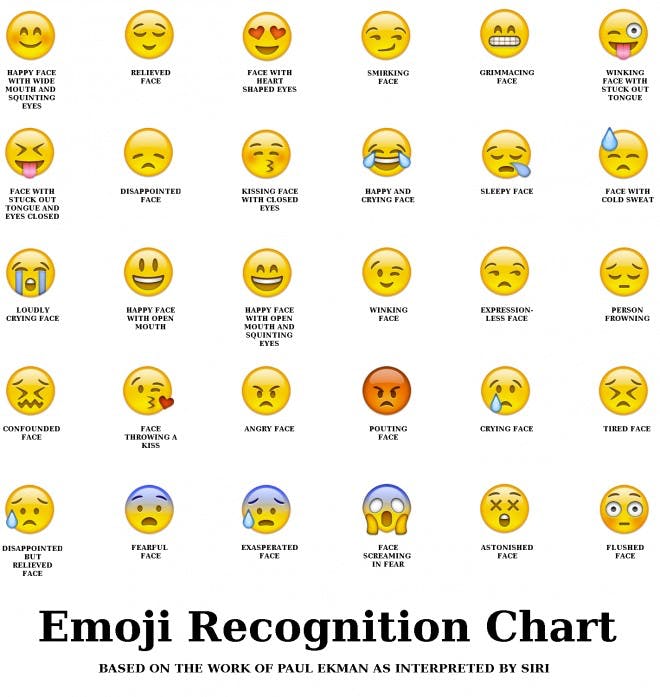 The chart, which mirrors Paul Ekman’s study on microexpressions, isn’t meant to be a definitive diagnosis by any means. But these symbols we use everyday in texts, as a sort of simplified means of communication, can also have deeper emotional resonance and give us a better understanding of how autism manifests itself in the digital age, and how we view social cues. Has a constant rush of technology diminished our emotional response, or just changed how we view empathy? Do we all translate the “disappointed” “pouting” emoji face the same? Belleveau told Wired:

There’s a lot of conversation about the autism spectrum and whether we’re all on it or not. Language is a very rigid means of expressing the infinite emotional capabilities of humans. It’s a human rights question: Do we need to create these barriers and differences, and what can we do to even the playing field?

Belleveau’s done these types of social media experiments before. In 2011, she created a “real-time performance for Facebook,” in which people competed to be her “best” Facebook friend by promoting her personal brand, and she’s used Vine as a means for #selfieaffirmation. Her latest project, Mobile Monastery, is currently being funded via Indiegogo, with the goal of investigating “urban asceticism in NYC by modifying and inhabiting an RV with the goals of personal artistic exploration and community outreach.”

Image via the All-Nite Images/Flickr