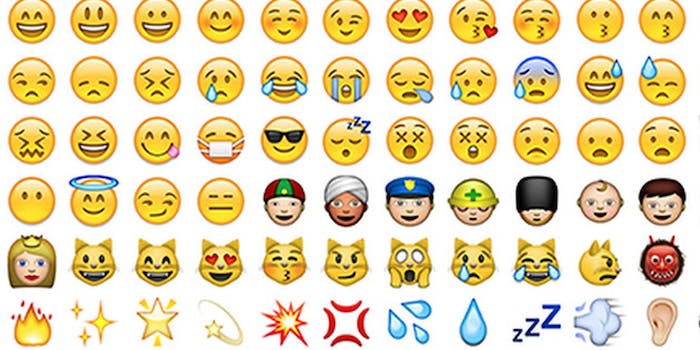 Out of 800 emoticons, only two of them aren't white. A new petition hope to change that.

If you spend a decent amount of time on the internet, chances are you’ve heard people raising hell because there are no African-American emoji icons. Diversity-minded texters are now actually trying to do something about the emoticon racism problem, by petitioning Apple to add more people of color to its emoji keyboard.

“If these Emoji are going to be the texting and Twitter standard, we think it’d be cool if they better reflected the diversity of the people using them,” argues a petition currently up on DoSomething.org, spotted by Fast Company.

The petition laments that out of 800 emoticons, the only two person icons that aren’t white: a guy who looks “vaguely Asian” and another wearing a turban. Meanwhile, it points out, there are two different camels, a smiling pile of poo, and a cop, bride, grandma and dancer, all white. But zero black people.

With the iOS7 update coming this fall, the petition owners are calling on Apple to include at least four dark-skinned faces—a man, woman, boy, and a girl. They even helpfully offer an example of what they might look like.

Granted, Apple doesn’t own emoji. The cute little icons originated in Japan (which doesn’t have a huge black population) and for a time were only available there. Then in 2010, hundreds of emoji were added to the Unicode Standard, making them available in the US and other countries, and soon afterward Apple made its version, iEmoji, available on iOS. Apple added icons and color to the iPhone’s emoji selection. Just not enough color.

Outrage over homogenous emoji has been building for more than a year now. Last December, Miley Cyrus made headlines for jumping on the emoji equality bandwagon, briefly, taking to Twitter to call for an ethnicity update to the emoticons.

RT if you think there needs to be an #emojiethnicityupdate

A couple month’s after that, during Black History Month, Twitter and Instagram were again aflamewith impassioned pleas for icon diversity. This April, the @BlackPeopleEmoji Twitter account sprang up—though it seems to mostly tweet questionably racist things, and then question if they’re racist.

When iOS6 came out, last June, Apple added the first gay and lesbian couples to its emoji palette. Considering the social media firestorm over racist Emoji up until that point, it does seem strange that Apple didn’t take that moment of cultural diversity to add some black people, too.