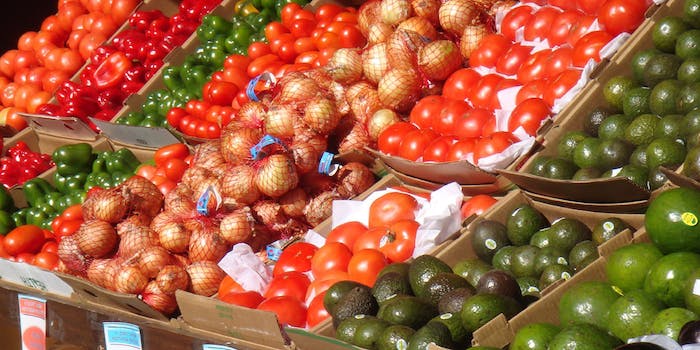 Eating healthy is all about emoji, apparently

It turns out the key to getting people to buy more produce is emoji. Because the only thing an eggplant emoji makes people want is an actual eggplant.

According to a study about the sexy subject of “Strategic Use of Arrows on Grocery Floors,” researchers found that placing large green arrows on the floor, directing people to fruits and vegetables, made them buy more fruits and vegetables. The emoji act as an reinforcer, added to help people feel good about their decisions. “Appended to each arrow was an emoticon to facilitate social approval of the desired action.”

“The emojis were large winking smiley faces giving a thumbs up,” reported tech site Ars Technica. Good to know we’re suggestible enough that even a cartoon rendering of a nondescript person makes us feel like we’re doing the right thing.

Maybe we can extrapolate the study to work as motivation in all facets of commerce and life. Cover Sephora walls in the lipstick emoji to make people buy more makeup. Replace the Domino’s logo with the pizza emoji. Post the poop emoji in your bathroom to keep yourself regular. Science!