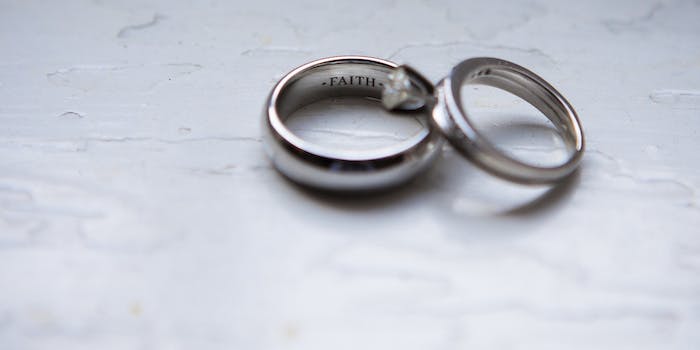 The couple's GoFundMe is asking for $5,000 to help with costs.

Amber Roof, sister of confessed Charleston shooter Dylann Roof, reached out for help—and not for any of the reasons you might expect.

Her and her fiancé’s dream wedding was scheduled for June 21, four days after the massacre at Emanuel AME Church. Needless to say, plans changed. So she and her fiancé hoped to get their wedding plans back on track, with the help of generous donations on GoFundMe. 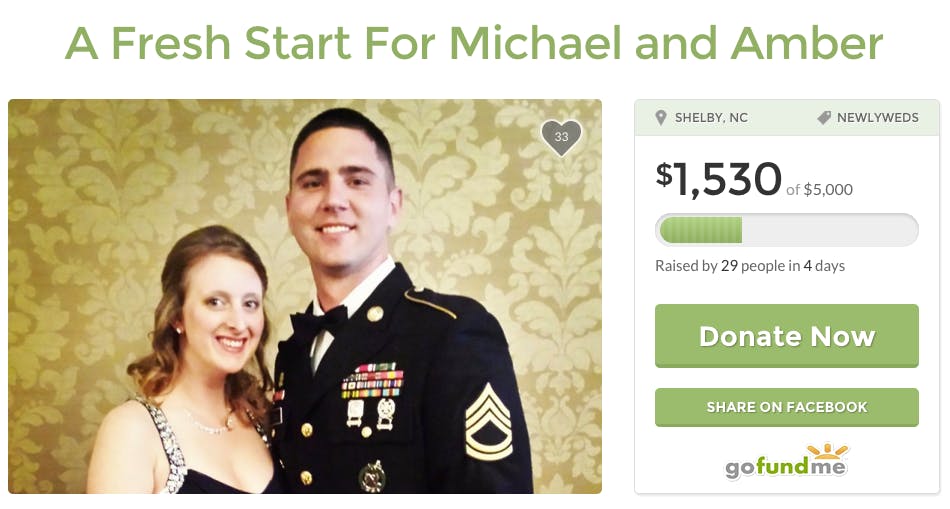 In her original post, Roof wrote: “The Charleston Massacre took place and our lives were forever changed. The media abused our privacy and published all of our wedding information and destroyed our dream day. Destroying the first day of Michael and my life together.”

“It was suppose [sic] to start our lives together with our new family. Our day was the exact opposite. Our wedding day was full of sorrow, pain, and shame, tainted by the actions of one man.”

Roof and fiancé Michael asked for $5,000 to “cover lost wedding costs, to pay bills, and to send us on our dream honeymoon.” They also promised to give 10 percent of the donations to the Emanuel AME Church.

They received messages from sympathetic donors. “Me and my partner finally have the opportunity to legally get married after dating for 5 years. I can not imagine how upsetting this would be,” one contributor wrote.

“I can’t imagine what you are going through. I too have a selfish brother that has ruined a few of my special days,” another commented.

Amber and Michael have also attracted some harsh comments from people who see her media-blaming campaign as tacky, selfish, and in generally poor taste. And this might have contributed to the page being taken down.

Nobody told Amber Roof to cancel her wedding. She wants $5000 dollars to "create new memories & have a fresh start" … Gtfoh

I hope to God I have to delete the tweet/FB post because the media has been tricked over the Amber Roof GoFundMe story.

Wedding and honeymoon crowdfunding efforts have been gaining popularity in the last few years, with some seeing it as an obvious way to fund the wedding of one’s dreams, and others seeing it as a sign of entitlement.

There is no etiquette guide for how to re-plan a joyous event in the wake of such a tragedy. They said they cancelled the wedding to protect their family, and who knows what the reaction would have been if they decided to throw a big bash just four days after the attack. But maybe it would have been better to ask family for financial help—and hold off on that honeymoon.

Update 1:57pm CT, July 2: After raising $1,600, it appears the page has been taken down. “The campaign was removed by the Campaign Organizer. Organizers have the ability to remove their campaigns whenever they choose,” GoFundMe told the Daily Dot via email.