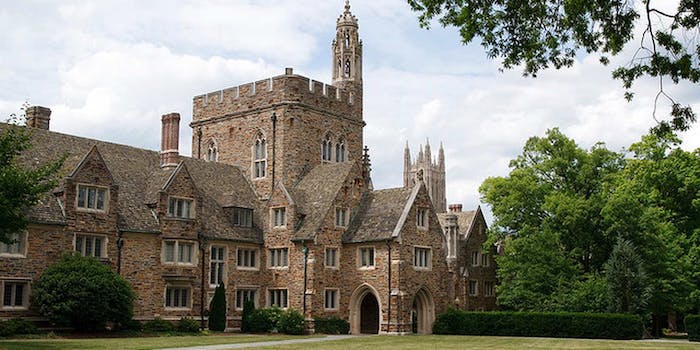 Students and faculty are saddened and outraged after a Duke University political science professor left controversial comments on a New York Times editorial.

Jerry Hough’s been a professor at Duke since 1973, but here in 2015, it seems that his views on race relations might be a little outdated.

In a New York Times piece published May 9, titled “How Racism Doomed Baltimore,” the Times’ editorial board broke down what they feel are the root causes of the Baltimore riots, in response to the death of Freddie Gray:

“The city’s racially segregated, deeply poor neighborhoods cast an especially long shadow over the lives of low-income boys. For example, those who grew up in recent decades in Baltimore earn 28 percent less at age 26 than otherwise similar kids who grew up in an average county in the United States.

As shocking as they are, these facts make perfect sense in the context of the century-long assault that Baltimore’s blacks have endured at the hands of local, state and federal policy makers, all of whom worked to quarantine black residents in ghettos, making it difficult even for people of means to move into integrated areas that offered better jobs, schools and lives for their children. This happened in cities all over the country, but the segregationist impulse in Maryland generally was particularly virulent and well-documented in Baltimore, which is now 63 percent black.”

Hough disagreed with the Times’ assessment of the situation, and took to the comment section to share his opinion. He expressed a belief that Asian-Americans have suffered just as much racism as African-Americans, yet they “didn’t feel sorry for themselves.” 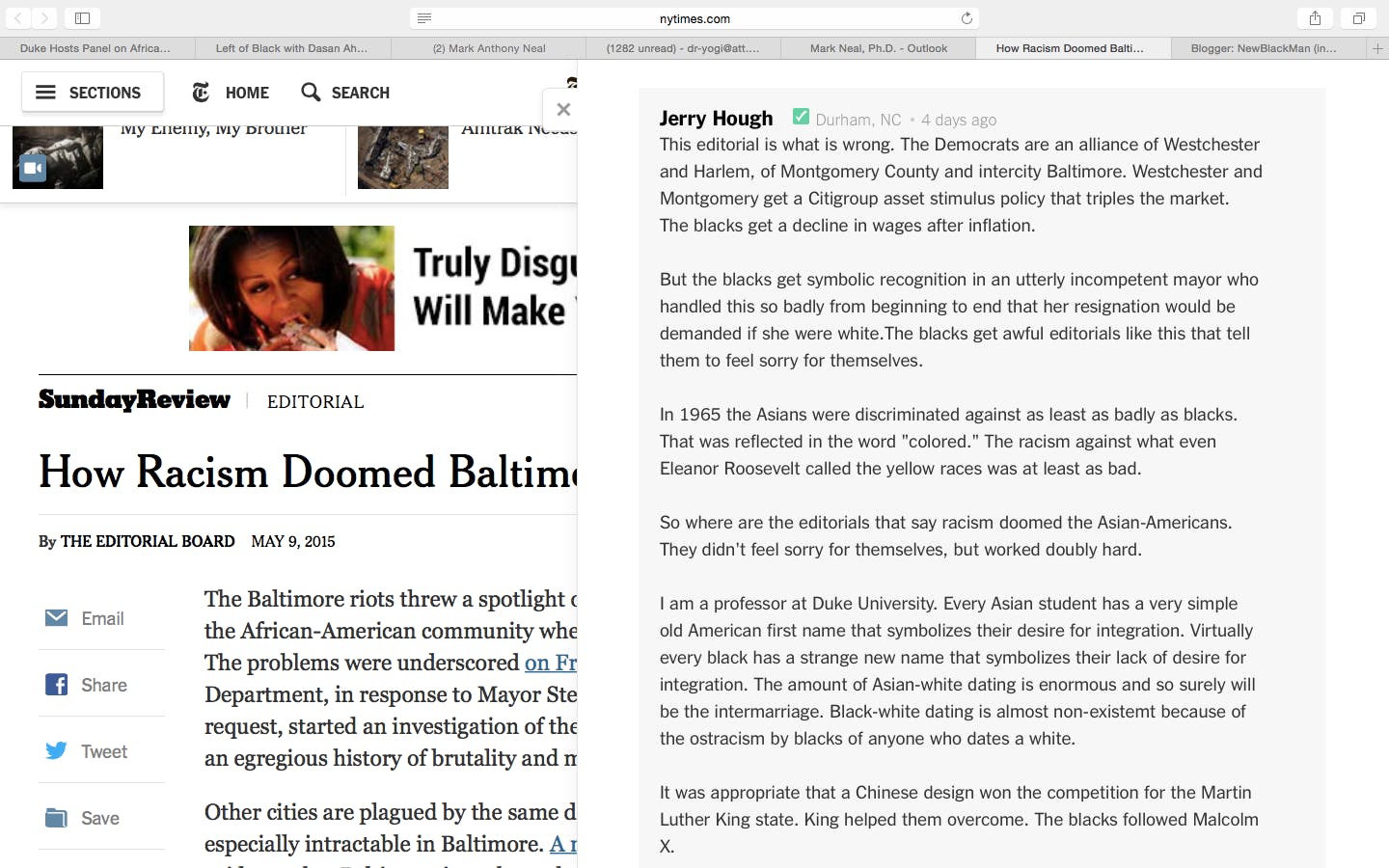 “I am a professor at Duke University,” he wrote. “Every Asian student has a very simple old American first name that symbolizes their desire for integration. Virtually every black has a strange new name that symbolizes their lack of desire for integration. The amount of Asian-white dating is enormous and so surely will be the intermarriage. Black-white dating is almost non-existent because of the ostracism by blacks of anyone who dates a white.”

In a post on his blog NewBlackMan, Mark Anthony Neal, a Duke professor of African and African-American studies, attributed the problem to the “unchecked racism of a tenured Duke professor.”

The post was simply a screenshot of Hough’s comment, with the caption “One of the reasons #IStandWithSaidaGrundy is that there will not be a mumbling word from my institution for this example of #AcademicFreedom. In the words of Eduardo Bonilla-Silva, microagressions = micro-nooses–Mark Anthony Neal.”

He’s referring to Boston University assistant professor Saida Grundy, who was recently in hot water when she went on a now-deleted Twitter rant about “white college males as a problem population.”

Hough’s fellow faculty members aren’t the only ones hurt by his comments. The Chronicle, Duke’s student-run newspaper, spoke to junior Nelson Winrow, who originally shared Hough’s comments on the private Facebook group All Duke.

“Seeing a James B. Duke Professor of Political Science use his position at this institution as clout to make sweeping generalizations about a full 31 percent of the undergraduate population is painful,” Winrow wrote in an email to the Chronicle. “What Professor Hough said was ignorant to the experiences of the students he teaches, and his conduct shows a blatant lack of respect to large swaths of the Duke student body.

Sometimes being at Duke just makes you so weary…#JerryHough

Hough’s comments came at a sensitive time. Just last month, a noose was found hanging on Duke’s campus, a racially charged symbol in the American south.

“The comments were noxious, offensive, and have no place in civil discourse,” said Duke Vice President for Public Affairs and Government Affairs Michael Schoenfeld said in a statement. “Duke University has a deeply-held commitment to inclusiveness grounded in respect for all, and we encourage our community to speak out when they feel that those ideals are challenged or undermined, as they were in this case.”

The university will not publicly comment on his current standing, but Hough told ABC 11 that he is on leave.