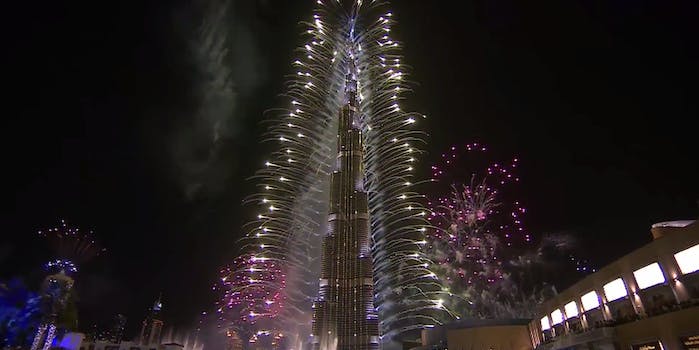 Your New Year’s celebration just got trumped by Dubai’s.

Your New Year’s celebration just got trumped by Dubai’s.

Thousands were on hand to watch the six-minute show (also streamed live on YouTube). Five hundred thousand fireworks went off from 400 locations at midnight to ring in 2014.

Dubai demolished the previous record set by Kuwait in November 2012, which used a mere 77,282 fireworks in its display. Dubai beat the record in the first minute of the display alone.

The show was 10 months in the making and had Guinness World Records adjudicators on site to confirm that the city had set a new record.

“The scale of this record attempt is truly impressive and will ensure all eyes are on Dubai,” Alistair Richards, global president of Guinness World Records, said ahead of the event.

Start the video from around the 29-minute mark: