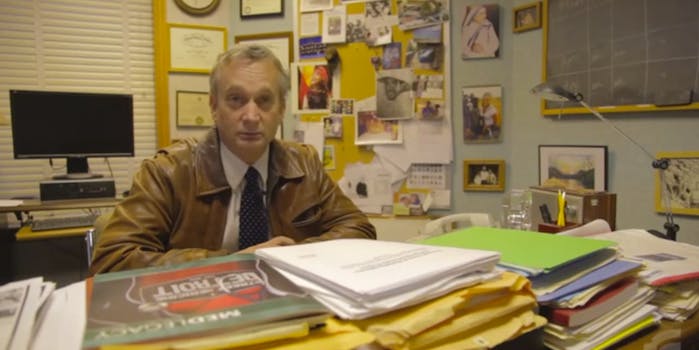 For 2 decades, this doctor’s been making house calls—for the homeless

Dr. Jim Withers’s two-decade mission to treat the homeless in Pittsburgh is one of those great acts of humble charity that usually goes unnoticed. But now, thanks to a short film by filmmaker Julie Sokolow, Withers’s work has the chance of going viral.

Withers first started aiding people on the street in 1992, with a formerly homeless man named Mike Sallows, who’d already been handing out blankets and food. Withers asked if he could come along, and Sallows offered him some advice: “Don’t dress like a doctor, and don’t be a jerk.”

Withers dressed in a way that would help him blend in and joined him on the streets. He realized that the homeless community needed medical attention badly.

“The first thing that hit me was the number of people squirreled away under bridges and campsites,” Withers told the Huffington Post.

“The level of fear and bitterness towards the medical community and general community hit me full blast. As I began to look at the medical issues, I began to realize there were people with bad wounds, unhealed ulcers, cancers and all kinds of things that weren’t being addressed.”

The two turned their treks onto the street into the nonprofit Operation Safety Net, which has treated about 10,000 homeless people in Pittsburgh alone. They receive modest financial support from donors, which allows them to purchase more medical supplies.

Withers no longer needs to disguise himself. He’s welcomed with open arms.