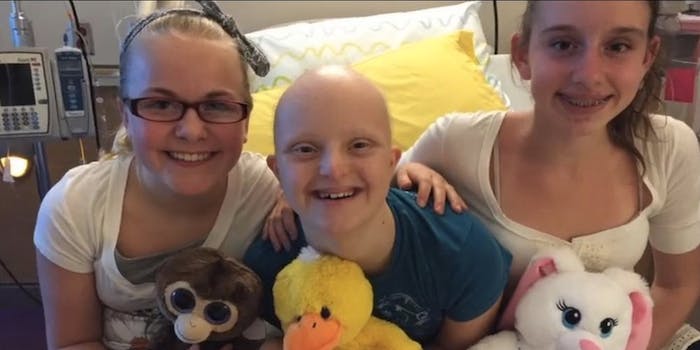 Victoria Marsh is Taylor Swift's biggest fan. So the Dover Police Department helped her make a video message for her idol.

This is Victoria Marsh. 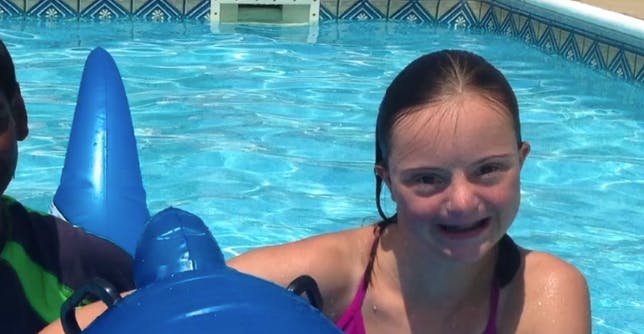 Victoria is 13 and a half years old (she wants to “make sure everybody knows about the half,” according to the Dover Police Department website) and she lives in Delaware. Like most girls her age, she loves to dance and sing to Taylor Swift songs. But unlike most girls her age, Victoria has Down Syndrome as well as osteosarcoma, a rare form of bone cancer that’s led to the amputation of the lower half of her leg.

To support Victoria in her fight against bone cancer, the Dover Police Department has launched a campaign to convince Swift to come to Delaware and meet her biggest fan. They’re calling the campaign #SwiftAWish.

But because Victoria was undergoing chemotherapy, her doctors wouldn’t let her go to the concert.

Now, the Dover Police Department has made the video in support of Victoria in the hopes that Swift will see it and come visit Victoria in Dover, or at the very least FaceTime with her when she’s performing in Philadelphia. They’re encouraging people to share it with the hashtag #TeamVictoria or #SwiftAWish. 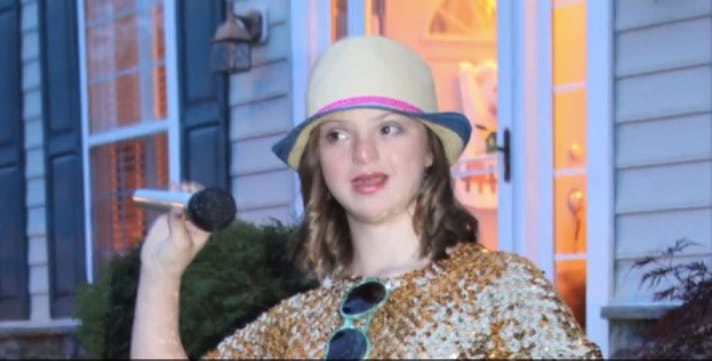 This isn’t the first time Swift has granted the wish of a young cancer patient. Last year, Swift made headlines for calling Emily Beazley, a young girl battling non-Hodgkin lymphoma who expressed a desire to meet her. “She knew all about me,” Beazley later told the Chicago Tribune about her chat with Swift. “She told me about her tour starting in Tokyo, she asked what my favorite song was, and I told her ‘Shake It Off.’ Then she said, ‘Oh, cool.’”

Sadly, Beazley passed away at the age of 12 after a four-year battle with non-Hodgkin lymphoma, according to a post by her mother on her Facebook page. But hopefully Swift will hear the Dover Police Department’s call and make a difference in another brave young woman’s life.