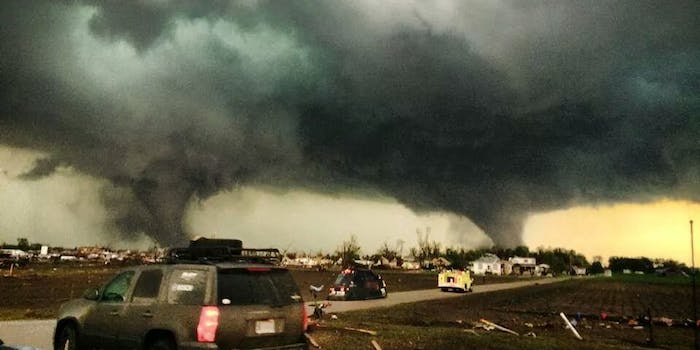 Not one but two examples of Mother Nature's wrath.

Not one but two examples of Mother Nature’s wrath are captured in this frightening video.

The YouTube channel Storm Chasing Video uploaded thrilling footage from Pilger, Nebr., that shows a pair of tornadoes touching down. The two dark funnel clouds are less than a mile apart from each other. Additionally, part of the destruction caused by the storms—including silos chopped in half—can be seen.

Much of the destruction left in the wake of the two storms occurred in Pilger, a small community in northeast Nebraska. According to NBC News, the double tornadoes killed one person and injured 16 others. Additionally, “more than half the town [of Pilger] is gone,” Stanton County Commission member Jerry Weatherholt told NBC.