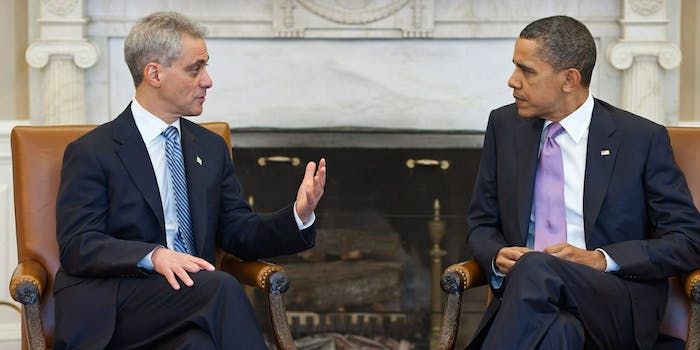 The U.S. Department of Justice on Monday launched a civil rights investigation into the Chicago Police Department. The probe follows the release of a graphic video that shows a white officer repeatedly shooting a black teenager.

Attorney General Loretta Lynch announced during a press conference on Monday morning that the investigation would look into “whether the Chicago Police Department has engaged in a pattern or practice of violations of the Constitution or federal law.”

The Justice Department will investigate CPD’s policing practices, according to Lynch, “including its use of deadly force; racial, ethnic and other disparities in its use of force; and its accountability mechanisms, such as its disciplinary actions and its handling of allegations of misconduct.”

“Our mutual goal is to create a stronger, better Police Department that keeps the community safe while respecting the civil rights of every Chicagoan.”

The DOJ investigation is the latest hammer to drop on Chicago Mayor Rahm Emanuel, who is accused of delaying release of the shooting video until after his reelection in February 2015. The October 2014 police dash-cam video shows Officer Jason Van Dyke shooting 17-year-old Laquan McDonald 16 times.

The video, which was made public through a Freedom of Information request filed by independent journalist Brandon Smith, revealed widespread contradictions in the Chicago PD’s official statements on the shooting of McDonald. The department is also accused of deleting 86 minutes of surveillance footage from a Burger King that overlooked the area where Van Dyke shot McDonald.

Last week, Van Dyke was charged with first-degree murder for killing McDonald. The charges came more than a year after the shooting took place.

Later in the week, Emanuel fired Chicago Police Superintendent Garry McCarthy, saying he had become an “issue” and a “distraction.”

The goal of the DOJ investigation, Lynch said, is not to focus on individual wrongdoing, but to “improve systems; to ensure that officers are being provided with the tools they need—including training, policy guidance and equipment—to be more effective, to partner with civilians and to strengthen public safety.”

The DOJ investigation carries heavy political implications for both Emanuel and the Obama administration, for which Emanuel served as President Barack Obama‘s chief of staff until October 2010, when he resigned to run for Chicago’s mayorship in the 2011 election.

Emanuel originally opposed any DOJ investigation into Chicago’s police department. But after Lynch’s announcement, the mayor changed course, saying he welcomes the scrutiny and “pledge[d] the City’s complete cooperation.”

“Our mutual goal is to great a stronger, better Police Department,” Emanuel said, “that keeps the community safe while respecting the civil rights of every Chicagoan.”