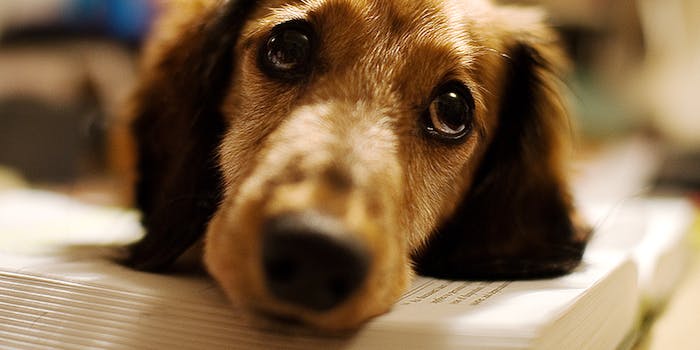 These adorable dogs are helping kids learn to read

Screw Reading Rainbow. These dogs are where it's at.

Meet Molly and Leo. Instead of going to the dog park for a game of fetch, these two 10-year-old Havanese puppies spend their Wednesday afternoons at New York City’s P.S. 163. For an hour every week, they take time out of their busy schedules and relax while second graders read them stories.

Reading to Leo, who is listening quietly. @JCCManhattan #uws pic.twitter.com/iufS9mE5EK

This canine story hour is all a part of the Gift of Literacy program, funded by JCC Manhattan. Molly and Leo act as an audience for 15 students who need a bit more attention when it comes to learning how to read and write. The pups provide encouragement for pupils who are nervous about reading in front of their peers, for fear of being ridiculed or teased.

Molly’s owner, Jayne Pilner, has seen the progress the kids make firsthand. “Kids who barely could read before now say, ‘Oh boy, I get to read to Molly,'” she told DNAinfo.

Thanks to Molly and Leo, the kids have become wildly enthusiastic about reading. One second grader in the program says she now regularly reads to her three dogs at home. “They’re really kind to me,” she says.