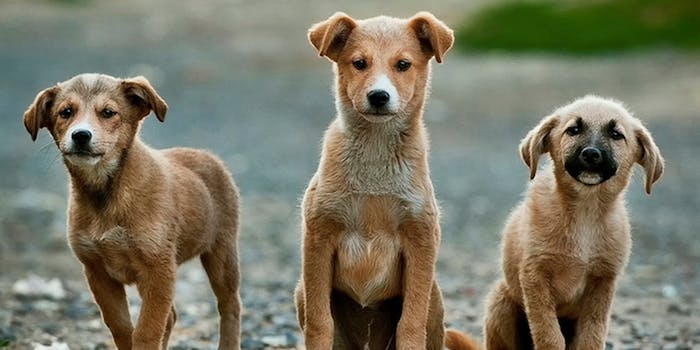 It's like an online dating web site, but for dogs.

Head to any animal shelter and you’ll meet at least a few dogs who were given away by families after realizing they weren’t a good fit. Perhaps the terrier didn’t get along with the kids, or the golden retriever needed more human interaction than the busy full-time-career parents could provide. Enter a new, sort-of online dating site for potential pet owners and dogs called PawsLikeMe that is hoping to cut back on those unfortunate mismatches.

The Florida-based company, which recently launched nationwide, invites potential pet owners to take a “Pet Compatibility Test” to find a dog that fits with their personalities and lifestyles. The dogs available for adoption through the site come from local shelters or from people looking to safely, responsibly re-home their animals.

“Seventy percent of pets are re-homed more than once in their lifetime,” Elizabeth Holmes, CEO and co-founder of PawsLikeMe, said in a press release. “Our genuine hope is that by providing a better way of matching pets with their new families, we can change that and find them not just a home, but the right home.”

Which is where the test comes in: The three-to-five minute quiz focuses on four personality traits that, according to the website, “influence the human-canine bond”: energy, focus, confidence, and independence. The idea is that choosing a dog based solely on breed or age, for example, isn’t enough. “There is a personality that a dog has and that all animals have that is very individual and goes beyond breed characteristics,” Holmes told USA Today Network.

Holmes’ co-founders are a veterinary animal behaviorist and a social worker with a psychology specialization. Though the company doesn’t guarantee a perfect match, they do maintain that their algorithm results in a 90 percent accuracy rate in predicting compatibility between people and pets.

PawsLikeMe is one more way to help out animals in need of homes  — and there are a lot. According to the ASPCA, approximately 3.9 million dogs are taken to shelters each year. As for the cat people out there, good news: The company claims they’re in the process of developing a feline matching system, so it’s only a matter of time before you’ll have your own little #catsofinstagram star to cuddle up with.