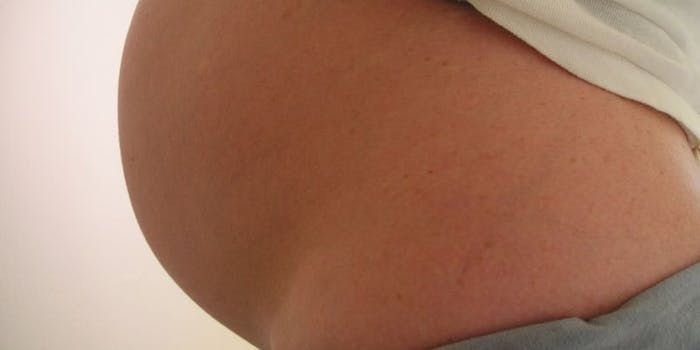 This Facebook group is trolling moms who have had C-sections

The Disciples of the New Dawn don't think a C-section counts as a 'real' birth—are they serious?

As the saying goes, hell hath no fury like a mom with an opinion and decent wireless access. So it makes sense that there’d be a Facebook group for crazy, judgmental Christian wingdings who want to make moms feel bad for having given birth to their children via Caesarean section.

The Facebook group Disciples of the New Dawn, which has a little more than 4,000 likes, is devoted to propagating the notion that C-sections are lazy and evil, and any mom who has had one hasn’t experienced the beautiful miracle of birth. (To which I would respond: Have you seen that YouTube video of a cat giving birth to kittens (NSFW, NSFL)? There’s nothing beautiful or miraculous about it. It looks like she’s pooping out a bunch of bloody rocks. And she doesn’t even make any noise the whole time! Cats are weird as hell. But I digress.)

On the group’s Facebook page, members are posting photos of women’s C-section scars, accompanied by rants about how birth by C-section doesn’t “count” as a real birth.

“Pregnancy is a beautiful thing as it is the zenith of a woman’s role in a moral Christian society,” one woman writes. “If God has decided to call you home, it is not up to you or a doctor to reject Him.” Bless you, nut jobs. 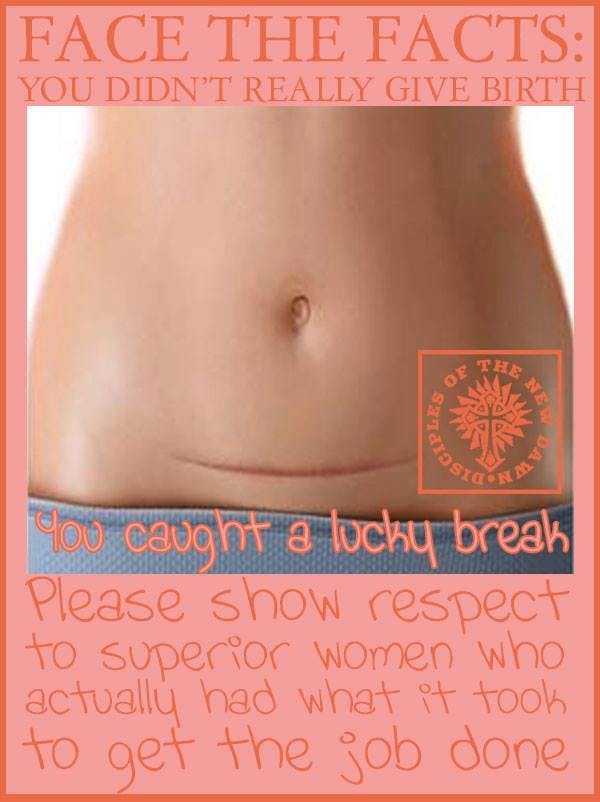 Another post cites nebulous “statistics” about how 90 percent of women who have had C-sections have done so because “of decades of drug abuse and alcohol dependence, which have rendered [their] bodies useless by comparison.” For the record, the Mayo Clinic says C-sections are usually prompted by potential life-threatening birth complications, such as if your baby isn’t getting enough oxygen or if the umbilical cord is compressed by the uterus during contractions. “Being a vain and selfish whore” apparently didn’t make it to the list. 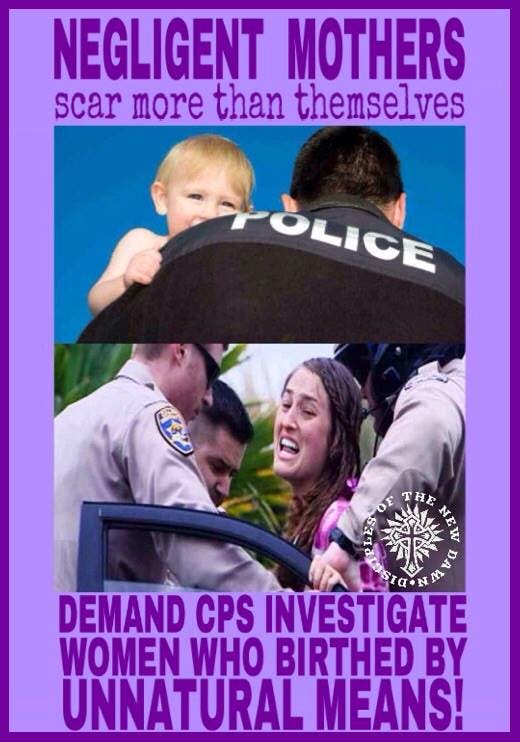 The page warns that the 33 percent of American women who have had C-sections are identifiable by their “guilt scar.” “God awards only those who are free from chemical dependency during labor, giving them the joy of natural child birth,” the post says. 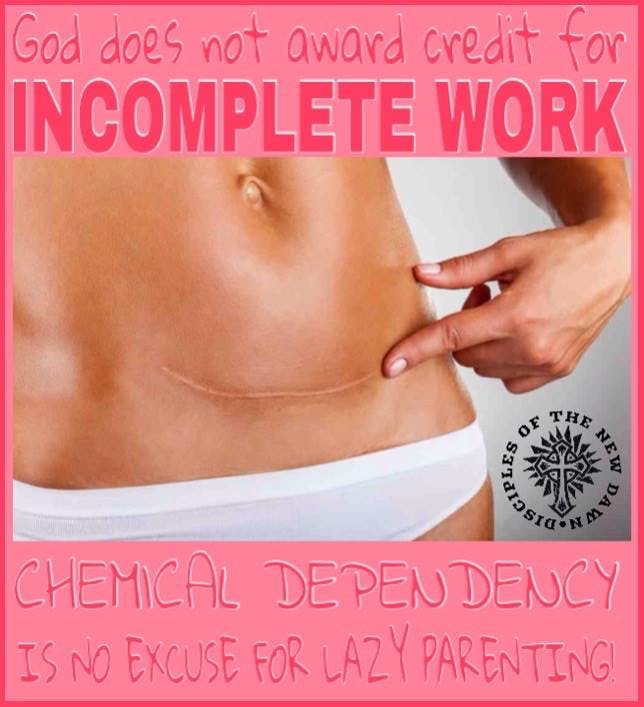 Enraged moms who gave birth via C-section are also commenting on the post. Some of the responses are touching. “My daughter’s heart rate dropped dramatically, leaving me no choice but to have a csection with my daughter,” one writes. “I had 2 natural births before she was born. It wasn’t something planned or that I wanted to do.” Others are more straightforward.

According to the description of the Facebook page, the Disciples of the New Dawn is an Unbreakable Kimmy Schmidt-like cult led by Father Patrick Embry, a self-styled religious leader with a history of threatening to burn pagans and ranting on Twitter about how contraception is immoral. (It should be noted that some people on the Internet speculate that Embry is a troll, and Disciples of the New Dawn is not a genuine religious organization.)

The mission of the Disciples of the New Dawn founded by Father Patrick Embry is as follows: In order to escape the wretched communist dictatorship that now runs our country, we have taken our friends and family off the grid. Deep underground we are safe from the coming storm that will soon be upon this once great nation. When the dust settles and the radiation dissipate, we will emerge, there will be A New Dawn and our progeny shall rebuild this nation as a Federal Republic of Christ as God and the founding fathers intended. Amen.

Troll or no troll, The Unbreakable Disciples of the New Dawn would still be a pretty great Netflix sitcom.