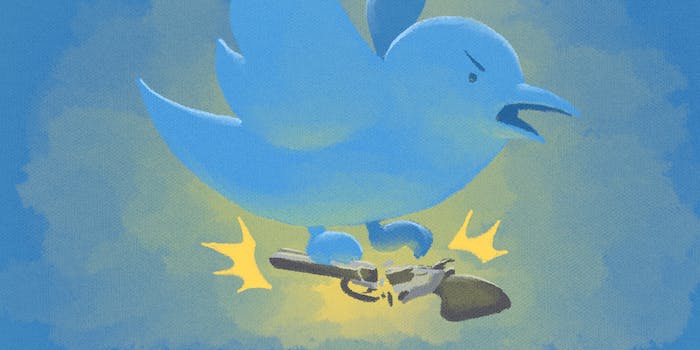 This organization wants Apple to ban the gun emoji

Gun control is coming for your emoji.

New Yorkers Against Gun Violence is calling on Apple to remove a weaponized emoji from the iPhone— one of about 300 or so communicative images the company makes available to its smartphone customers.

The offending emoji is a cartoony gun, pointing to the left: 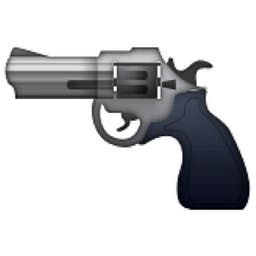 Apple did not create the image but instead supports the technology behind it, which first appeared in Japan in the late 1990s and has been further developed ever since.

NYAGV’s dedicated website and open letter to Apple CEO Tim Cook attempts to make the gun emoji Apple’s problem. That letter likens the image to a real weapon, arguing that “many Americans unknowingly carry a gun with them every day. The one that was given to them without a background check: the gun emoji.”

Leah Gunn Barrett, executive director for the nonprofit organization, said in a statement that “the gun emoji has taken root in our culture and our digital conversations. Let’s all call on Apple to get rid of the virtual gun and publicly join our call for universal background checks on all gun sales.”

The #DisarmTheiPhone hashtag has since cropped up on real-world fliers and in virtual tweets.

.@Tim_Cook This act will show Congress that Americans have come together to demand background checks for ALL gun sales. #DisarmTheiPhone

NYAGV’s call to remove the gun emoji has earned far more negative criticism than support online. The Twitter commentary has been predictably snarky.

This is far from  the first time that emoji have become an object of debate. Russian regulators are cracking down on LGBT-friendly emoji under the auspice that they violate the country’s homosexuality propaganda laws. When Apple unveiled a new set of racially diverse emoji in February, the company found itself in hot water for making Asian faces bright yellow.

Emoji aren’t going away. Some suggest they may even play a special role in the future of language. A recent study of emoji use by country found that the gun emoji is most popular in Canada. American emoji habits are much more varied and lack a trend.

But if the initial response to NYAGV’s petition is any indication, Americans take their right to bear arms seriously—even in emoji form.