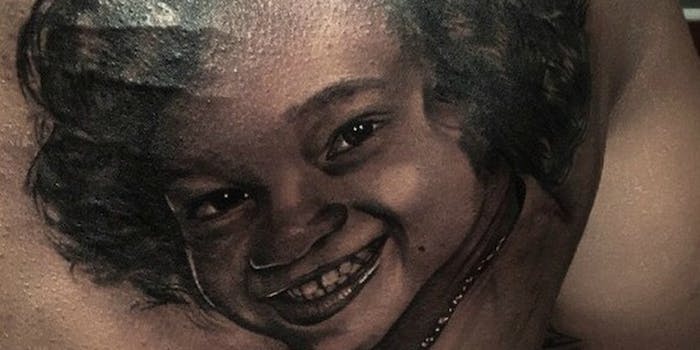 With daughter facing complications, NFL player gets tattoo to honor her fight with cancer

Leah Still is coming up on the one-year anniversary of her cancer diagnosis. Her dad updates us on her fight.

One of the most touching stories of the 2014 NFL season was that of Bengals defensive tackle Devon Still and the fight of his young daughter, Leah, against late-stage cancer.

Though Devon Still announced last week that Leah had hit a setback, it’s been almost a year since Leah was diagnosed with and began battling against the disease. To commemorate the anniversary, Still did this.

Very thankful and honored for my daughter and I to receive this award…now we definitely have to get her feeling better so she can make the trip out LA! #LeahStrong