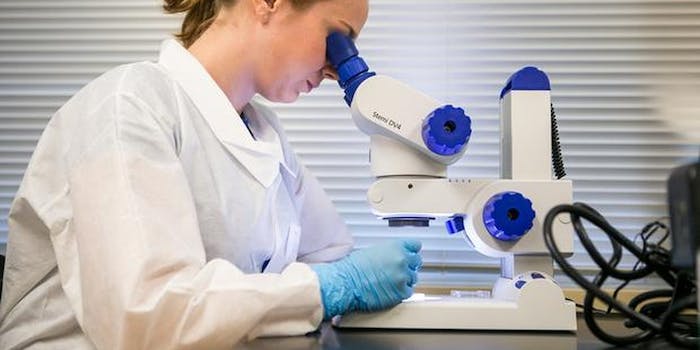 How academia made me the most depressed I’ve ever been

Blame the culture, or the people it attracts, but something needs to change.

It was probably around the third or fourth time I had to wonder if my colleagues could see the tears in my eyes that I knew I couldn’t stay in my job. I was fresh out of college, failing in my technician job at a neuroscience lab, and the most depressed I’ve ever been.

I’m reluctant to use the word “depressed” since I’ve been lucky enough to have never met the criteria for major depression. But a prolonged state of sadness and anxiety do not quite describe the darkness of that time in my life. I came home from my lab every day with the heavy weight of failure looming over me and a sense that I had only myself to blame. For months on end, my experiments failed. I felt like I was letting everyone down, wasting space and time by procuring nothing but crappy, useless data. I may not have been pursuing a Ph.D. at the time, but I felt the stresses of devoting yourself to a single, huge project all the same.

While I never had a particularly defining moment like a suicide attempt, Jennifer Walker’s account of hers in a recent Quartz article still resonates with me. She attributed her extreme state of depression to the despair she felt while pursuing her Ph.D. Given the number of Facebook friends in academia I saw sharing the article, I can assume she wasn’t alone.

Whatever subject is being studied, graduate school is stressful. The Grad Cafe is a website where grad students and prospective students come to give support and advice. My friend—who is applying to graduate school right now—told me about the site, mentioning how she’ll “never ever go there again.” The site is full of stories of stress, anxiety, and questioning self-worth.

“Next thing I know, I’m sitting in a room with my committee while they tear to shreds everything I was so proud of, and while I struggle to answer even the most simple questions,” one student wrote about her oral qualifying exams. “I felt like a fool and so embarrassed that they had exposed me as a fraud.” Others chimed in and said that her experience was normal and that they had gone through the same thing.

That sort of stress is par for the course, according to Elizabeth Aranda, a staff psychologist at the University of California, Berkeley. (She also happens to be my roommate.) She works with graduate students at the college in crisis counseling.

“[Berkeley students are] highly competitive, very highly intellectual students,” Aranda said. “Sometimes these students may be the big fish in a small pond where they come from, but now they’re in an ocean with other big fishes.” For a student who built their identity on their intellectual prowess, it can be jolting to suddenly not be the best anymore.

Sometimes, anxiety is contagious. Aranda told me about an online network, called the Student Doctor Network, she turned to for advice during her time in grad school. But what was supposed to be a support network completely backfired: She would ask for advice on applying to internships, and people would point out things to think about that she hadn’t previously considered, begetting new worries.

“You can go on there to vent, but on the other hand it can be triggering. You’re picking up the anxiety of others. You’re like, ‘Oh my god, I didn’t think of that,’ and now everyone’s panicking,” Aranda said. “I remember one of my big things was I had to pull away from my fellow students and ground myself with my family and my friends who were outside of the program.”

I did the same thing. But I didn’t have anyone nearby to talk to, so I turned to online dating to meet people outside my lab. That’s how I met Shawn, who was between his second and third year in his Ph.D. in Latin and Greek. We didn’t have much of a romantic connection but we became friends and he brought me into his social group of barflies at the local dive, the Midnight.

I learned later that Shawn was such a regular at the Midnight in part to escape his own depression and the anxiety of a looming deadline. “Once I began working on my dissertation, I was lost,” he wrote in an email. “I have always had a major problem with procrastination; suddenly I was given two years to write a 200-page treatise and only the loosest of deadlines to direct me.” Shawn continued that he would often sit at the Midnight and write a few lines of his dissertation until he became drunk enough to justify closing his laptop for the evening.

This lack of structure is what leads many to feel untethered. “Anxiety is rooted in ambiguity,” Aranda explained. “In contrast to undergrad, grad school is all about you, your own ingenuity and coming up with concepts on your own. [Graduate students] need someone to give them feedback, but in some programs, that’s not what it’s about.”

The lack of feedback fosters an impostor complex—that sneaking suspicion that everyone around you is on the precipice of realizing that you’ve been feigning competence, even excellence, this entire time.

For me, I really was an impostor. I was supposed to teach myself the things I didn’t know. In my first week, I had probably at least a few thousand pages of reading to do to get up to speed about the things we did in the lab. I said I was reading the material, but I wasn’t. I’ve always learned best by immersing myself in what I’m doing, so I figured I’d just pick it up over time by actually doing the work. When it became clear that was not going to happen, I was already in an emotional tailspin and at that point unable or unwilling to muster up the motivation to apply myself.

Of course, not everyone in academia suffers from anxiety and depression—and many eventually triumph over their struggles. Shawn finished his Ph.D. and though he’s still battling some of his demons, he said life after grad school has been a much brighter, happier existence.

I did eventually get usable data, kind of understand the material, make friends, and felt less shitty. My misery also inspired me to start pursuing what I really wanted to do: science writing. I started blogging every Sunday to fill my time and get me out of my apartment. All the time I spent in my own head helped me to get to know myself better. And now I’m happy and thriving in California with plenty of friends and a job I love. I even have a graduate degree now. It’s in science communication.

Looking back on my years in academia, I wouldn’t do anything differently. Though my suffering didn’t lead me to become a great scientist, it did push me to pursue my dreams. Still, I don’t want to pretend that justifies the difficult struggle I went through. There were a lot of things I should have done differently, especially when it came to asking for help. I should have just pestered my labmates and adviser to help me more—or at least asked. I have some friends who were lucky enough to score similar jobs in nurturing labs with senior staff there to show them the ropes. My lab was entirely first and second year graduate students.

Those friends are now moving about to start their own Ph.D. programs. At this point, they know to settle on a place that will be a good fit both for their scientific aspirations and for their own sanity. But there is still luck involved. Once in a Ph.D. program, a new student must do lab rotations where they spend a little time working in a few labs. If they’re lucky, they’ll get into their top choice. But they may wind up like me, working in a lab not doing quite what they want to do alongside people with whom they don’t quite mesh.

A grad student’s happiness shouldn’t have to come down to luck of the draw—not when it comes to a project that will take an average of seven years to complete and play a major role in defining the rest of your career. Perhaps if there was more funding for science, more students would have their pick of labs? Or maybe academia just needs an attitude shift? Whatever the answer is, my own experience taught me that when it comes to support in academia, something has got to change.

Update 12:56am CT, Jan. 7: This post has been updated to reflect the author worked in academia, but not grad school specifically.