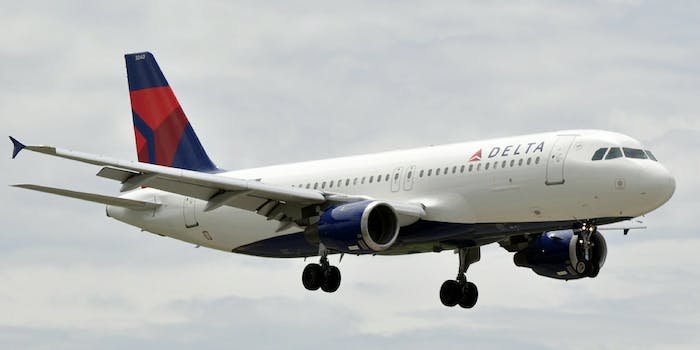 Maybe don't try to bone in a metal tube of farts soaring through the sky.

Turns out joining the “Mile High Club” comes with a pricy initiation fee.

Two Delta Air Lines passengers were arrested and issued citations on Sunday after one was discovered performing oral sex on the other in their seats.

According to Click On Detroit, the passengers had met on the flight from Los Angeles to Detroit. They were strangers before the connecting flight, with the 48-year-old woman flying to Nashville, and the 28-year-old man to Miami.

Upon landing, the pair was arrested and taken into custody at the airport terminal, issued citations, and the case was turned over to the FBI for investigation, as crime that takes place on airplanes is dealt with federally.

According to the Detroit Free Press, sources familiar with the case say the couple will not likely be criminally charged for the incident, but may have to pay fines of up to $800 each.

Former federal prosecutor Peter Henning told the Free Press that the couple might be cited for lewd and lascivious behavior, at most.

“It’s going to be very hard to find that this is criminal conduct under the federal code because it’s not a threat to the safety of the airline, or other passengers,” Henning said. “It’s certainly distasteful, but it was not disruptive or interfering with the operation of the plane—and that’s typically what (airline incident) charges involve… The embarrassment is probably the biggest punishment they can receive.”