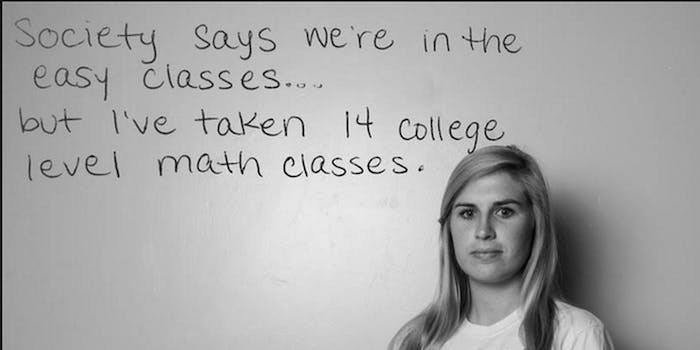 'Society says we marry lawyers, but I'm going to be one.'

Delta Gamma is one of the largest sororities in the United States and Canada with more than 230,000 members. It’s also one which is frequently in the public eye: Their chapters have been in the news recently for everything from aggressive internal emails, over-the-top recruitment videos, and graceful responses to inappropriate remarks about their butts.

Of course, any sorority is far more diverse and nuanced than the stereotypes and headlines would have us believe. Now, one particular chapter is doing its part to spread that message. On Tuesday, the Zeta Rho Chapter of Delta Gamma at Ohio University launched a photo campaign on Facebook, titled “Defying Stereotypes.” Featuring 24 photos shot and edited by sister Kaitlin Hatton, the images feature portraits of members standing below personal statements that debunk the socially-accepted stereotypes of women who participate in Greek life.

Among the misconceptions addressed in the campaign are that the women of Delta Gamma lack professional ambition, are economically privileged, are disinterested in education, and look or act in particular ways. 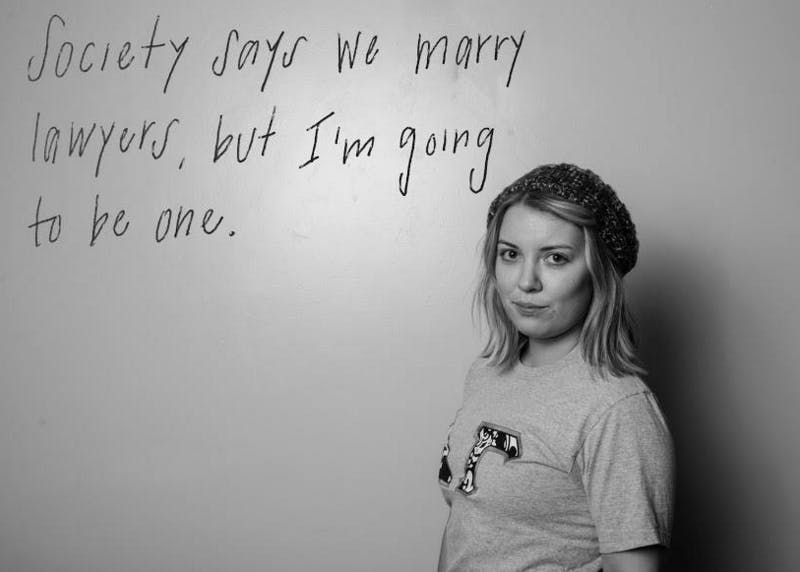 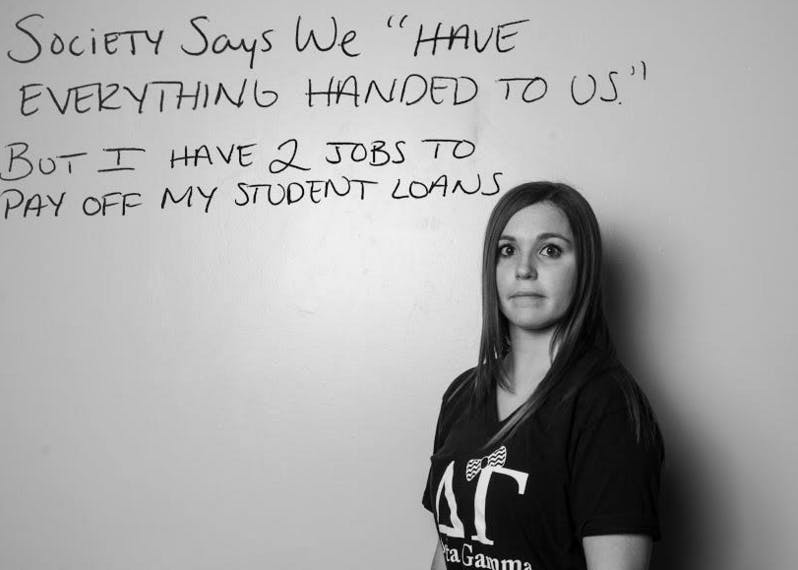 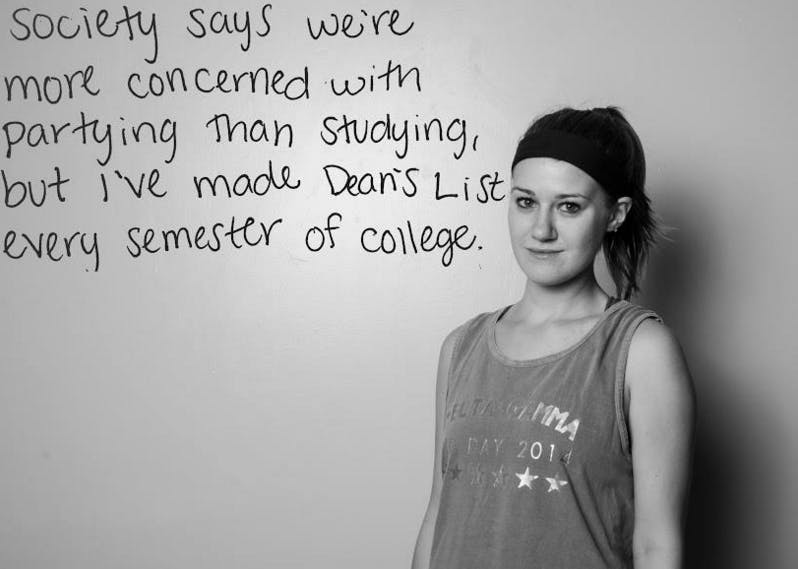 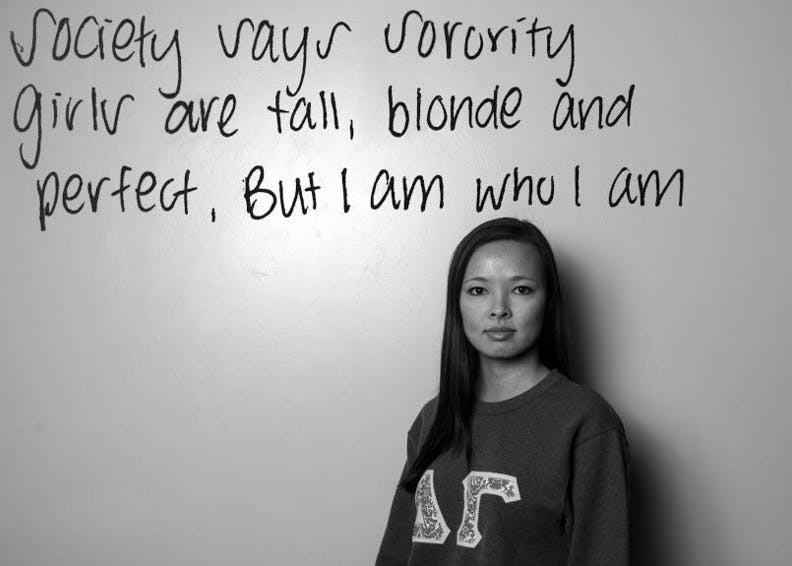 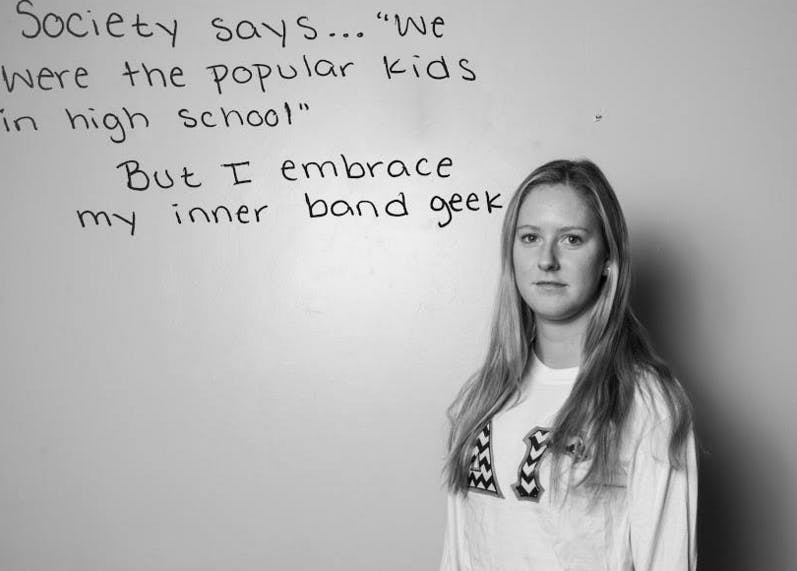 “Defying Stereotypes” was co-conceived by Hatton and Elizabeth Harris, the Zeta Rho Chapter’s Director of Public Relations. Harris told the Daily Dot via email that this is the first time the chapter has developed a social media campaign of this nature and they couldn’t be more pleased with the warm response it’s already received.

“We are truly humbled by the outpouring of love and respect we have received for this campaign,” said Harris. “We never imagined that the series would reach this magnitude and continue to grow… From here, we only hope to continue to inspire acceptance and love in all different aspects of society.”

Chapter President Emily Rich told the Daily Dot that she is tired of the negativity directed at sorority sisters in the media. “It is often a very frustrating when sorority women are looked down upon due to stereotypical comments and accusations towards the Greek community,” she explained. “Social media has been a fantastic way for us to communicate with alumnae of Delta Gamma, sorority women across the nation, and on a general level women as an entirety. We are extremely pleased with the responses we have received so far.”

This is not the first time that Greek life participants have engaged in stereotype-debunking public awareness campaigns; in fact, Harris told the Daily Dot that the Zeta Rho Chapter were inspired by campaigns produced by other chapters and societies. Last spring, for example, fraternity and sorority members at York College of Pennsylvania participated in a similar photography project, “We Are Not Our Stereotypes.”

With any luck, “Defying Stereotypes” and other campaigns of its ilk will make people think twice before expressing shaming and dismissive retorts the next time a sorority chapter makes headlines.