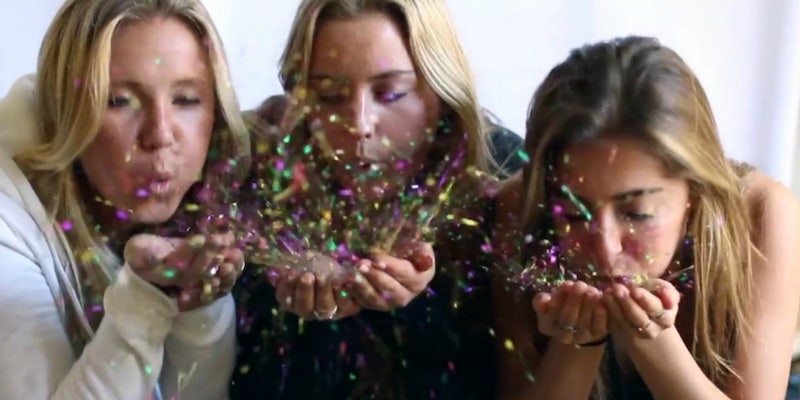 Yachts and glitter for days.

Look out Alpha Phi chapter at the University of Alabama. You’ve got some competition from the University of Miami’s Delta Gamma chapter for the most luxurious recruiting video ever produced, made, seen, and (probably) mocked.

There are likely a myriad of reasons why the Delta Gamma’s video is slightly better than the effort from Alpha Phi—which you can see right here—and here are three of them.

1. The women of Alpha Phi seem to do little more than dance in the sorority house, walk all over campus arm in arm, attend Crimson Tide football games, and blow glitter from their palms. But in Delta Gamma, you can do skateboarding tricks, back flip off tall buildings, pirouette on campus, and smash cupcakes in each other’s faces. (You also can blow glitter from your palms.)

2. When it comes to jumping into water, both sororities seemingly are top notch. As you can see below. 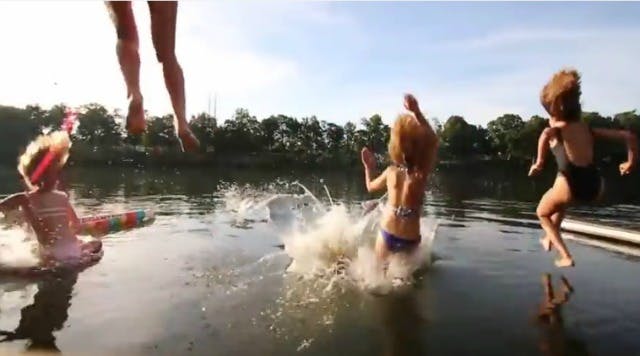 But here’s the difference. The Alpha Phi’s splashed into the water accompanied by a smooth-like jazz tune. When the Delta Gamma’s jump, the members are doing it while an original song by The Voice’s Joselyn Rivera bumps in the background.

3. There is no place to ride a yacht while in Tuscaloosa, Alabama.

As the Miami New Times noted, Delta Gamma hired Artec Media to shoot the video, which is probably why it looks so slick and glorious. But there’s little doubt that, in both sorority’s cases, joining the Greek system will give you friends for life, probably a really good tan, and the ability to spew glitter wherever you want.

And no matter what the sororities do on video and no matter the criticism they may receive for various reasons rooted in cultural insensitivity, it’s probably less vitriolic than anything a fraternity (say, in Oklahoma) could manage.