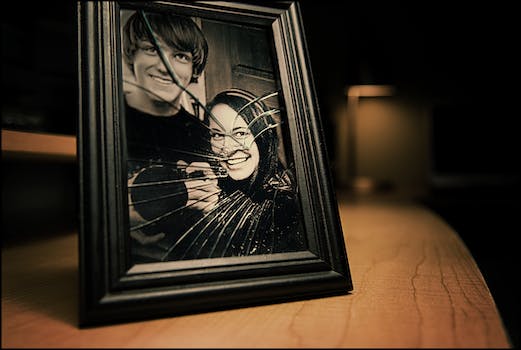 I hooked up with my ex on Tinder, and I’m not the only one

The last time I saw John, we were standing outside a Long Island movie theater after seeing Drew Barrymore and Justin Long in Going the Distance, and having the “what are we?” talk, which ultimately ended in “we’re nothing.” Then, last week, approximately four and a half years later, I landed on a photo of him as I was idly swiping through Tinder.

It was jarring to see his face again, to say the least. Save for a few stray text messages, we pretty much hadn’t spoken since that dramatic suburban Sunday, and I couldn’t believe I was now face-to-face with a person that I never would have come face-to-face with in any other universe. But thanks to an alignment in the stars (or an alignment in its algorithm), Tinder, that sneaky devil, brought us back together.

Curiosity got the best of me. I swiped right.

My heart rate spiked for that split second it takes to see if you and the other person are a mutual match. When nothing happens, it can mean one of two things: Either the person rejected you, or that he hasn’t seen you… yet.

I’m not the only one who’s been haunted by a ghost from her romantic past.

The next morning, I got a “Congratulations!” Tinder push alert—which I always found to be a bit mocking, to be perfectly honest—letting me know that John and I had matched. Suddenly, I was transported back to 2010, and we were cruising around in my parents’ convertible blasting “Teenage Dream” again.

Apparently, John felt the same way about reconnecting. He quickly sent me a message, and we got to talking, exchanging revelations from the years that had elapsed—I realized I wanted to get back into writing, he realized he was bisexual—and then he asked if I’d like to get a drink.

But I realized that it didn’t work out the first time, for a number of legitimate reasons, and I had never thought of him as the one that got away. As much as I enjoyed this blast from the past, I told him, it was better if we left it there.

The only solace I took from this experience? I discovered I’m not the only one who’s been haunted by a ghost from her romantic past. Thanks to dating apps, it’s never been easier to reconnect with old flames and partake in the process of “déjà-dating,” so to speak. When I spoke with friends about their own missed connections and reconnections, it dawned on me that despite the vastness of a city like New York, technology will always keep you inextricably tethered to your past.

“A few years ago I went out with this girl Lauren. We had a few drinks, and she told me that in her spare time she’s a ‘writer,’” said my friend Mike, a 31-year-old lawyer in New York. (Names in this story have been changed.) “She said she ran a personal blog. I was impressed, so I asked how I could read her stuff, and she gave me the address. The next day I checked out her blog, and to say it was personal would be an understatement. I basically got a log of all the one-night stands she’d had for the last few years. And lo and behold, there at the top, was a recap of our date.”

Despite this bizarre turn of events, Mike and Lauren went out a couple more times, but it was not the stuff of an epic romance. Then, a couple of months ago, he matched with her on Hinge. “My joking opening line of ‘I think I’ve heard of you’ was met with a ‘How?’ response. I realized that I had invested way more into our first meetings because of this bizarre blog scenario than she did. So of course I would remember her and of course she wouldn’t remember me.”

The two of them chatted for a bit, but it was clear they got it right the first time. “I think the best way to sum up our second-time-around conversation: ‘Eh.’”

Then there’s Candace, a 27-year-old New Yorker in advertising who met a great guy at—of all places—jury duty. What’s usually a mind-numbing day of eating vending-machine cuisine while trapped in a wood-paneled prison became a welcome vacation from work.

“We basically met and had a two-day-long date, getting to know each other, flirting, etc.,” she told me. “The last day, I abruptly got dismissed from the case and he was picked, so we never got a chance to exchange phone numbers. I found him on LinkedIn, and we exchanged numbers, but never met up (pretty sure he had a girlfriend).”

Then, once again, Hinge intervened. “We connected, [he] chatted me— ‘Jury duty friend!’ We went back and forth, never asked me out, so once again I figured it was a done deal. Got him on Tinder last week, I swiped left.”

“I tried to make it work because again he was so sweet, and what a great story, right? But I couldn’t.”

She, too, realized that sometimes you just have to know when to fold.

Other times, that second chance at love is welcome. Maybe neither of you had the nerve to send an email or Facebook message, and the act of being thrust together by a dating app is just what you needed to take that blast from the past into the present. And sometimes that’s not even enough.

“I met my ex at a local neighborhood gym I used to work at in high school,” Lindsay Cohen, a 26-year-old headhunter, told me. “I was a senior, but he was a bit older, about five years. We didn’t really ‘date’ too much because I had a boyfriend at the time, and he had a girlfriend (whoops…) so it was more of just a physical hookup deal.”

After graduation, Lindsey went away to college, and the two of them eventually lost touch. That is, until she came across him on Tinder this past summer, and accidentally swiped left. Undeterred, she found him on Facebook and sent him a friend request to reconnect.

“We started talking more, and set up a date. The dates became more frequent until we both had the talk and decided that this was pretty much now a boyfriend-girlfriend sort of situation,” she said.

But she eventually realized that this second chance wasn’t a cosmic coincidence. They were just two people brought back together by an extremely popular dating app.

“Something between us just wasn’t clicking. He was such a sweet, super-nice, thoughtful guy, and the attraction was still there, but something was just off. I tried to make it work because again he was so sweet, and what a great story, right? But I couldn’t continue it, so we broke up right before Christmas.”

Other friends shared stories about stumbling upon unremarkable online dates from the past on different dating platforms. A JDate turned Hinge. A Match.com turned Coffee Meets Bagel.

Carefully consider if Memory Lane is a road worth traveling.

By and large, the prevailing sentiment is that no matter how much it feels like déjà-dating is somehow the result of a twist of fate, the truth is that fate has little to do with it.

While online dating was once the bastion of the lonely, desperate, or nearing-a-certain-age, it has since pivoted to something that “normal” people do. And while we all still tend to say “We met on Tinder” with a sly smirk and a blush, it’s really no big deal—all of us are on it.

The next time you’re cruising your potential matches, you might stumble upon a familiar face. Just consider if Memory Lane is a road worth traveling.

Photo via Mitchell Joyce/Flickr (CC BY 2.0)