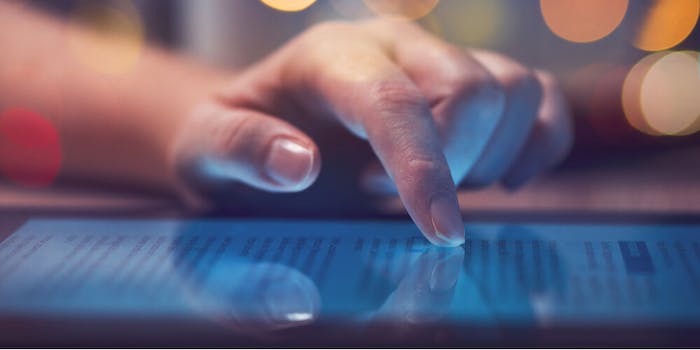 The site's top editor was fired on Tuesday.

Reporters at sports-ish and culture news site Deadspin revolted on Tuesday against a management mandate to “stick to sports,” resulting in the firing of a top editor and igniting concern about the site’s future.

G/O Media, Deadspin’s parent company, sent a memo Monday telling staff they need to write about sports—and nothing else. Deadspin staffers responded by doing exactly the opposite, pinning non-sports related stories to the homepage and tagging them “stick to sports.” They also invited readers to tell management about their dissatisfaction with the site’s new autoplay video ads.

Hi! I’ve just been fired from Deadspin for not sticking to sports.

Deadspin, reportedly told yesterday by G/O Media to stick to sports, is running a bunch of very good and very not-sports stories on its front page right now pic.twitter.com/aZaMgva6xI

Twitter was flooded Tuesday with chatter, especially among journalists and readers who fear the worst is yet to come for Deadspin and its sibling news sites.

Prior to being owned by G/O Media, Deadspin functioned as Gawker’s sports-centric site: Sports, sports business, and sports culture were primarily its focus, but no topic was off-limits, and Deadspin often covered the political arena and wrote critically about big media. Now that Deadspin is owned by big media, however, it’s being told to “stick to sports.”

Deadspin was formerly a Gawker product and spun out when the media company was shut down following Hulk Hogan’s Peter Thiel-funded lawsuit. In the years since, the various verticals that fell under the Gawker umbrella were acquired by G/O Media, which is now Deadspin’s governing body.

That’s the short of it. But it’s fairly unprecedented for a media overlord to unpublish its staff’s work without due cause. It’s a complicated, messy, long-coming story. Here’s some further reading if you want to dive in deeper:

The history of Gawker and Deadspin