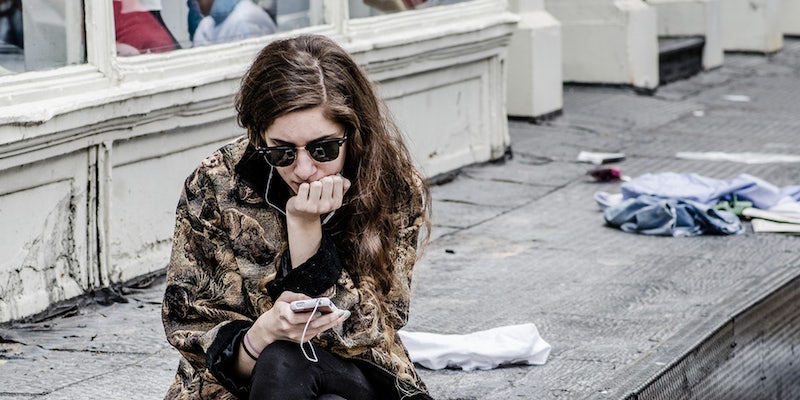 Haven't had sex in a while? It might be because your "LOL" game is out of whack.

Everyone knows about the texting “grey ratio,” i.e. the ratio of messages sent to ones received. The idea is that if your text display shows more blue (sent) messages than grey (received) messages, you’re sending your partner too many texts and coming off like you’re thirsty as hellll.

In addition to the grey ratio, there are a few more golden rules we should abide by while texting hookups. The mobile company TalkTalk Mobile recently compiled a few of them in their study of dating “texting etiquette.” The study compiled daters’ biggest texting turn-ons and turn-offs, including the overuse of acronyms and putting “more or fewer kisses” than your partner does in their text messages.

The survey, which polled more than 1,000 Britons, found that one of the most common death knells of a relationship was the excessive use of acronyms like “LOL” or “LMFAO.” Apparently, texting acronyms too often makes the sender look “overly keen or too needy” (unless, of course, the acronym in question is something that commonly appears in the New York Times World Section, like NAFTA or INSCOM, in which case you look “political” and “smart”).

The study also determined that texting someone multiple times after not receiving a response, or sending the same text repeatedly, was also considered bad etiquette, as was using “more or fewer” XOXOs than your partner (wait, people still do that?) and the excessive use of sarcasm in a text. In fact, the survey concluded that four in 10  Britons have gotten into a fight with a partner as a result of misinterpreting the tone of a sarcastic text.

Of course, thanks to advances in texting technology, there were a few things that the study failed to take into account, such as the prevalence of sexting, emoji flirting, and whether or not texting someone the smiling poop icon will make them more or less likely to sleep with you. (On my end, the answer is “more,” 100 million percent.) But just to be on the safe side, it’s probably best to avoid texting something like this (NSFW) until at least the third or fourth date.