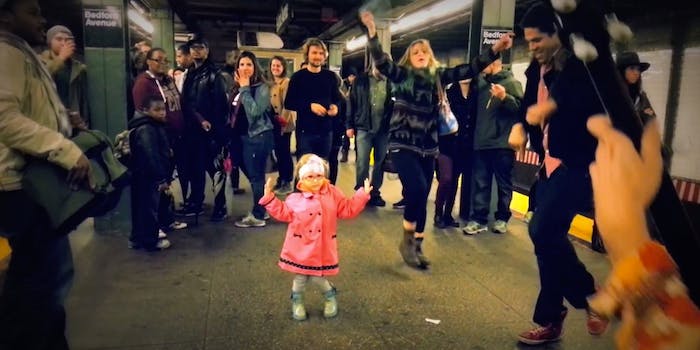 She starts dancing along and everyone gets involved.

If you want to gauge the quality of a live band busking in the subway, just look to see how the kids are taking it in.

Coyote and Crow performed a cover of Grateful Dead’s “Me & My Uncle” on a subway platform in Williamsburg last month, and they were heartened to see a little girl, who already stood out from the rest of the crowd with her vibrant coat, start dancing along.

Another woman joined her almost immediately. The longer the music played, the more people gathered to watch and dance.

The little girl’s happiness was clearly infectious. It didn’t matter whether they could dance or how well the band played. For one brief moment, a subway platform was something other than a dreary place.