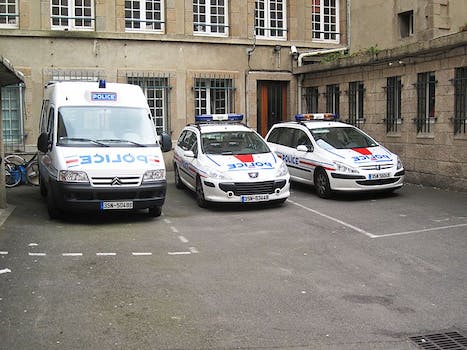 A hostage situation is reportedly developing in the town of Dammartin-en-Goële, just northeast of Paris, where French law enforcement officials are working to capture brothers Said and Cherif Kouachi, two of the men believed to be responsible for the deadly attack on the offices of the French satire magazine Charlie Hebdo that killed 12 people and injured eight earlier this week.

The alleged attackers are holed up in a printing business in an industrial area and have taken at least one hostage. Shots have been fired, but French officials have denied to Agence France-Presse that there have been any casualties during the manhunt, which has involved over 88,000 police officers across the country.

“An operation is currently under way in Dammartin-en-Goële and special police forces are being deployed,” French Interior Minister Bernard Cazeneuve said in a televised statement. “The operations will be conducted in the coming hours and minutes. All of the the ministry’s forces, police forces, are mobilized.”

Al Jazeera notes that the entire town has gone on lockdown, with citizens being told to shelter in place and stay away from windows. Roads into and out of the town have also reportedly been closed off to traffic. Schools near the printing shop have reportedly begun evacuating students. Officials told the news service that the operation in Dammartin-en-Goële started when people in the town reported seeing the Kouachi brothers in the area.

The suspects had stolen a car and engaged in a chase with police the previous night. A stolen vehicle supposedly used to flee from police was reportedly also located in the area.

An @AFP/@GettyImages photo provides closeup of authorities with weapons drawn as they hover over Dammartin-en-Goele pic.twitter.com/c1EYF6VAka

#CharlyHebdo teacher in siege town says trying to keep children from panicking by singing rhymes and sitting on floor away from windows.

A person living near the #Dammartin hostage scene sent us these photos #CharlieHebdo #obs pic.twitter.com/FKHD1fGt03

The town is less than 10 miles away from Charles de Gaulle Airport. The airport is still permitting flights, but two runways have been closed due to safety concerns. Airport authorities have said this closure is not affecting flight schedules.

The BBC reports that negotiations are currently underway with the hostage-takers.

The French newspaper L’Obs cites several sources as saying that cellphones are no longer working in Dammartin-en-Goële.

This story is still developing. Check back for updates.