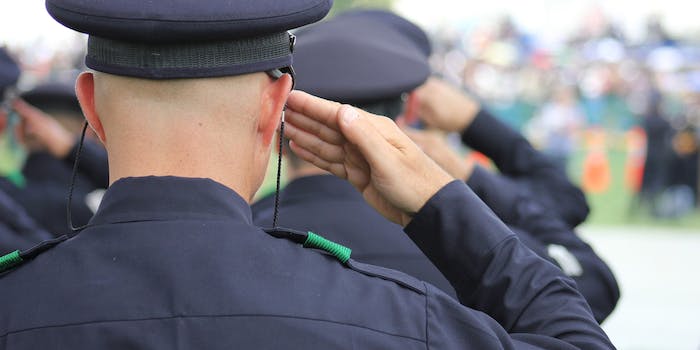 Police departments across the U.S. rally in solidarity with Dallas

The Dallas shooting is the deadliest loss of life for police since 9/11.

Police officers across the country are coming together after Thursday night’s violence in Dallas that resulted in 12 officers shot and five officers killed.

The Dallas shooting is already the deadliest day for police officers since 9/11.

It has been a devastating night. We are sad to report a fifth officer has died.

Police departments across the country sent their condolences and stood in solidarity with the Dallas Police Department and the Dallas Area Rapid Transit (DART), both of which lost officers on Thursday night. Some of the departments, such as in Orlando, have also recently suffered mass shootings.

Our thoughts are with @dallaspd after the unbelievable acts of cowardice that injured and killed several officers tonight. #NeverForget

Our prayers and support are with you Dallas! @DallasPD

Reflections from some of Arlington's Finest. God bless @DallasPD & DART. We Stand With You! https://t.co/BltzqG6zVx pic.twitter.com/zkVPJn4hxF

A long terrible night. I've been relieved. #StaySafe brothers & sisters in blue. Thanks for the outpouring of support. #DallasShooting

CPD also sends our thoughts & prayers to Dallas officers and their families. https://t.co/vNs2Bs1WdE

Thoughts and prayers for all in Dallas tonight. https://t.co/e1uLfEgtS7

Our thoughts & prayers are with the Dallas Texas Police Department during this very difficult time in their city. pic.twitter.com/ShSs78Khvw

Our thoughts & prayers are with the members of the Dallas Police Department. pic.twitter.com/uy8JDopMfl

Government officials also offered their condolences and support to the victims and the police officers working through the night.

We are stronger when we stand together both as a community and country. #WeStandWithDallas and all cities experiencing such difficult times.

Our prayers are with the fallen TX officers and their loved ones. May God provide comfort and watch over all of our law enforcement heroes.

Our thoughts and prayers are with the police officers who were shot in #Dallas tonight. Awaiting further details.

Men & women of law enforcement selflessly run into harm's way to save the lives of others. May God protect them and bring peace upon Dallas.

During a press conference Friday morning, Dallas Police Chief David Brown provided an update on the investigation and asked for people to pray for them.

“We don’t feel much support most days,” Brown said. “Let’s not make today most days. Please, we need your support to protect you from men like these, who carried out this tragic, tragic event.”