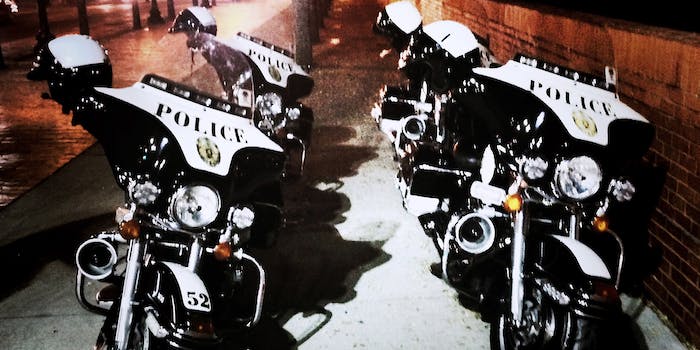 'We are not going to let cowards who would ambush officers change our democracy.'

America mourned Friday morning after a peaceful Black Lives Matter protest in Dallas morphed into a scene of chaos and carnage that left five police officers dead and seven others wounded by at least one sniper.

The violence only ceased in the early hours of Friday following an hours-long standoff that ended with Dallas police killing the suspect with a robot-controlled bomb at the El Centro parking garage in downtown Dallas.

“We cornered one suspect, and we tried to negotiate for several hours.” Dallas Police Chief David Brown said during a press conference at 7:30am CT, Friday. “Negotiations broke down.”

After officers exchanged gunfire with the suspect, Brown said, “we saw no other option than to use our bomb robot and place a device on its extension for it to detonate where the suspect was. Other options would’ve exposed our officers to great danger. The suspect is deceased as a result of detonating the bomb.”

This is a little bit cleaner clip. Shots fired at the #blacklivesmatter protest. pic.twitter.com/DAJVkCll32

The ambush in Dallas occurred Thursday evening near the end of a protest against the recent police shootings of two black men, Alton Sterling in Baton Rouge, Louisiana, and Philando Castile, in a suburb of St. Paul, Minnesota. Both incidents were caught on video that was posted online, sparking nationwide outrage.

According to the Los Angeles Times, the gunman who was killed by the bomb robot has been identified as 25-year-old Micah X. Johnson, who reportedly has no criminal record nor is he tied to any terrorist organizations. Johnson served in the Army Reserve and did one tour in Afghanistan, the Associated Press reported.  The New York Times reports that police have found no link to Johnson and Black Lives Matter or other political groups.

An unnamed senior police official told the Times that Johnson is believed to be the only gunman.

Three other suspects were taken into custody around 12:30am CT. A female suspect was arrested near the El Centro parking garage. Two other suspects were apprehended after one was seen placing a camouflage bag in the back of a Mercedes, which sped away from the scene.

“We are not going to let cowards who would ambush officers change our democracy. Our city, our country is better than that.”

According to Brown, Johnson said he “did this alone.”

Police have not yet released the names of the suspects.

Before his death, Johnson warned police that there were bombs place “all over” Dallas, according to law enforcement authorities. Police swept the area and have found no evidence of explosives, according to Major Max Geron of the Dallas Police Department.

Primary and secondary sweeps for explosives are complete and no explosives found. #dallasshooting

Two civilians were also injured during the shooting.

The killing of the officers stands to deepen the wounds of a country starkly divided over police use of deadly force against black Americans and the animus toward law enforcement it elicits.

“I believe that I speak for every American when I say that we are horrified over these events and that we stand united with the people and the police department in Dallas,” Obama said.

“We don’t feel much support most days. Let’s not make today most days,” Brown said. “Please, we need your support in order to protect you from men like these, who carried out this tragic, tragic event.”

Brown noted that Dallas police have succeeded in having fewer “officer-related shootings than most other large cities in America” thanks to a move toward de-escalation among the force. The Dallas Morning News reported last November that complaints against excessive or improper use of force had fallen from 147 in 2009 to 13 in 2015.

“We are not going to let cowards who would ambush officers change our democracy,” Brown said. “Our city, our country is better than that.”

Update 12:31pm CT, July 8: Micah Xavier Johnson is believed to be the only gunman. He served in the Army Reserve and did one tour in Afghanistan. Investigators have not found any links between Johnson and the Black Lives Matter movement.