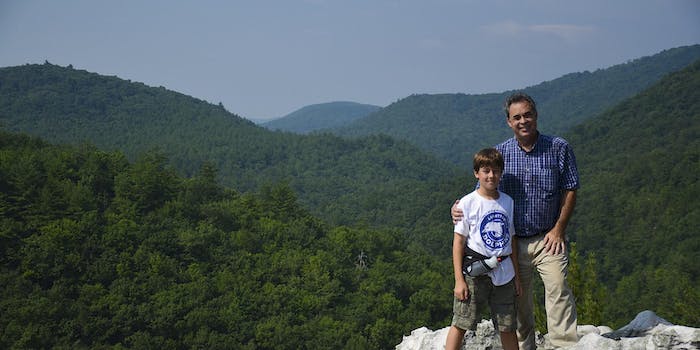 Turns out, dads and their kids have lots of common Facebook interests

Your dad might never understand how to write a non-embarrassing Facebook post or figure out how to tag photos, but it turns out fathers and their children have a few Facebook interests in common. In honor of Father’s Day, Facebook looked at the overlapping interests between fathers and their sons and daughters.

Dads and their kids, as it turn out, are united in their love of Family Guy, The Hangover, Johnny Cash, and the Dallas Cowboys. Dads and sons who want to play the digital equivalent of a nice game of catch can talk about Sportscenter or Star Wars. A surprising amount of dads listed The Notebook as one of their favorite movies, making it the most common shared film interest with their daughters. Looks like appreciation for an impassioned Ryan Gosling transcends age and gender! Dads and daughters also bonded over country music, with Carrie Underwood dominating as the most common shared music interest. (My dad taught me to take umbrage when people disparged Mott the Hoople, so I’m surprised by the lack of classic rock love among dads and daughters.)

One odd thing Facebook’s study revealed is that people are really confused about the title of Elf, the 2003 holiday classic starring Will Ferrell. “Buddy the Elf” is listed as the second most popular movie for dads and their kids, and the fourth most popular shared movie for dads and daughters, while the actual movie title Elf didn’t even list.

The study also reveals that Ted Nugent remains a surprisingly relevant cultural force, coming in at number four for shared interests between dads and sons.

So if you’re scrambling for a Father’s Day gift, it looks like a boxed set of Family Guy DVDs might be a safe bet.