The beard is the best part.

Dads around the world have been subjected to repeated viewings of Disney’s Frozen, but one pop in particular really got into the spirit this year. The unknown U.K. father dressed up as the film’s lead character, Princess Elsa, to accompany his daughter, dressed as snowman Olaf, to a Frozen singalong.

The pair were first spotted on the London tube en route to Prince Charles Cinema in Leicester Square where the singalong was taking place, according to Metro U.K. With his large stature and big bushy beard, this Elsa was a sight to behold.

Of course, the Internet is having a field day making Frozen-related puns. 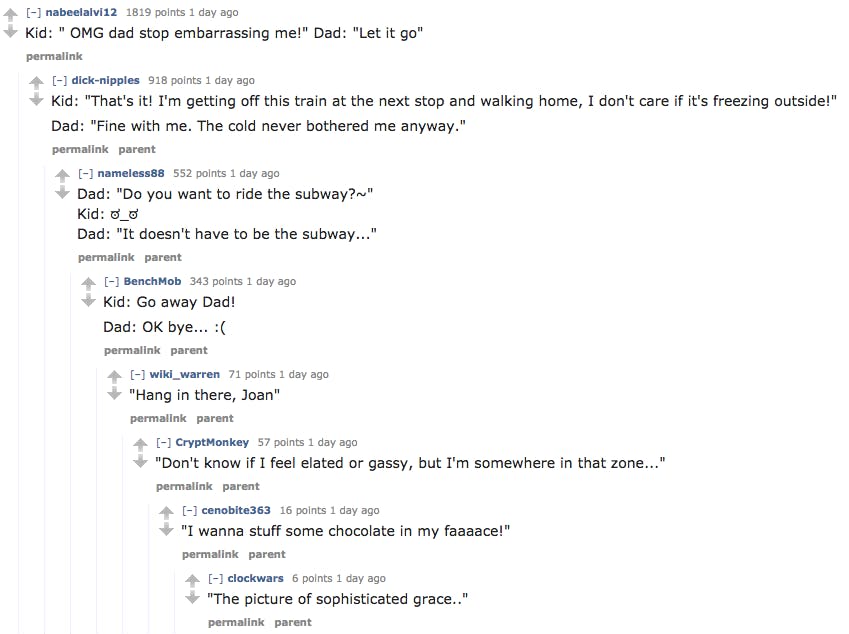 Another photo shows the father-daughter pair looking a bit sunnier.