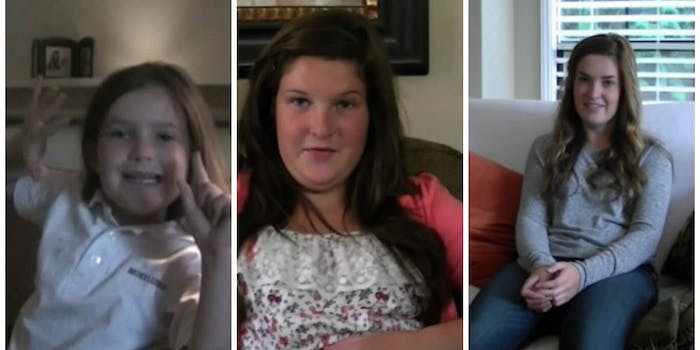 This will melt your heart.

In what could be the best idea ever had by a dad who loves his kid, a man named Kevin Scruggs interviewed his daughter Mackenzie on the first day of school for the past 12 years. Now, Mackenzie has graduated high school, and as a graduation gift, Scruggs posted the result on YouTube.

He posted the video on Saturday, and at the time of this writing on Sunday morning, it’s already received more than 200,000 views, meaning people love a good Sunrise, Sunset story for the modern age.

Here’s the heartfelt video (and just wait for the amazing ending).

As a parent of two young kids, I’ve done something similar, albeit in audio form only. But while this video is heartwarming, it also might leave parents with a foreboding sense of sadness. Kids get older and eventually, they’re going to leave us.

Which is great and heartbreaking at the same time.

But for Scruggs, at least he can take solace in the fact that he has these video interviews, something he, Mackenzie, and the entire family can enjoy forever.