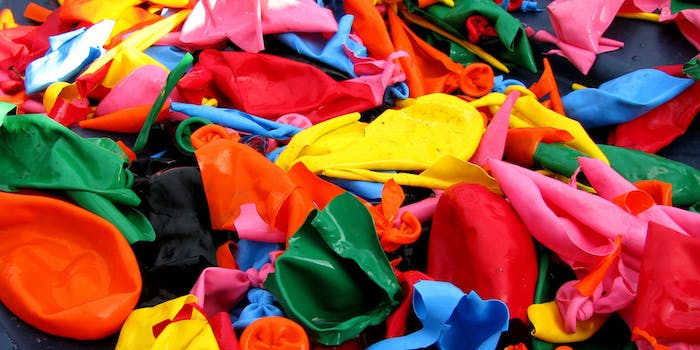 Photo via Daniel Mohr/Flickr (CC BY 2.0)

Have you ever loved a pharmacy this much?

Fayetteville, Arkansas, blogger Sarah Fortune, whose 11,000 Instagram followers are familiar with her posts about family life, wasn’t too surprised at her daughter’s choice of a theme to celebrate her fourth year on earth.

“It all started nearly two years ago when construction began on our city’s very first CVS Pharmacy,” wrote Fortune in a post on her blog. “The site happens to be directly on our path to Iris’ school, so we drive past the location at least twice a day. Being that she was only three when it opened, she watched the progress of the structure being built for nearly half of her life, so naturally it was a big deal when the store finally opened.”

Once the store finished construction, Fortune explained, little Iris freaked out when she realized it was basically full of candy and toys. Now, Iris cries whenever the family drives past the store—and goes ballistic when they stop to go inside.

Waiting for her customers to arrive. {thank you all for the birthday wishes – we had a blast and now I need sleep. More picture to come!}

Now, that’s a cute kid. But it’s a little creepy that corporate influence has such a stronghold on toddlers. Then again, there’s not all that much difference between CVS and Disney when you look at the boardrooms, the profits, and the sheer ubiquitousness of both ginormous corporations. It would just be nice to see a kid obsessed with, say, a tree or a cat or something instead of a chain store that was subject to a class-action lawsuit citing racial discrimination earlier this year.

Evil capitalist mothership though it may be, there’s something about CVS that keeps capturing people’s imaginations in the weirdest ways—like this DJ who produced a mixtape series called CVS Bangers.

A CVS party is nowhere near as bizarre as a personal injury lawyer-themed party. One Louisiana mom had to enable her toddler’s obsession with local ambulance chaser Morris Bart, a lawyer who has been running ads on TV for 35 years—and winning the strange admiration of little kids who probably think he’s some kind of god.

If you’re going to own our wallets and our television screens, I guess you might as well own our hearts. And our children.

Photo via Daniel Mohr/Flickr (CC BY 2.0)