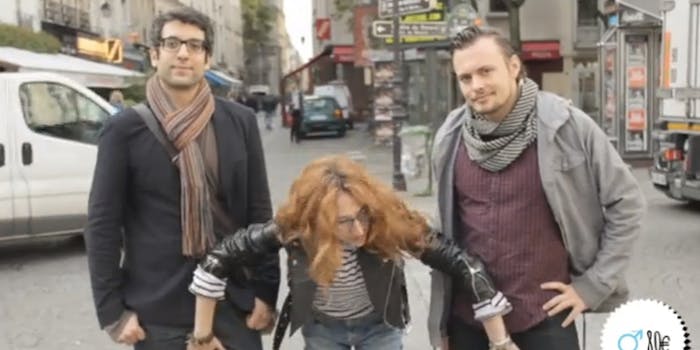 After motorboating controversy, women cop a feel for prostate cancer

The three women raised $700 and scored a viral video in the process.

In response to the controversial Simple Pickup video where a trio of bros “motorboated” women on the street to raise money for breast cancer research, a French hand sanitizer company’s released its own spin: cupping balls for prostate cancer.

Merci Handy had three young women take to the streets of Paris to cup men’s balls for a YouTube video. Each touch raised 10 euros for the cause.

This month is commonly known online as Movember. It’s a movement where people grow out their mustaches (or legs for No-Shave November, to raise aware about prostate cancer. The girls in the video raised $700 U.S. to that end, and they reached a lot of people in the process.

But’s a moot point. We could all just stop copping feels for money and throwing it up on YouTube. I’m ready for this gross trend to end.