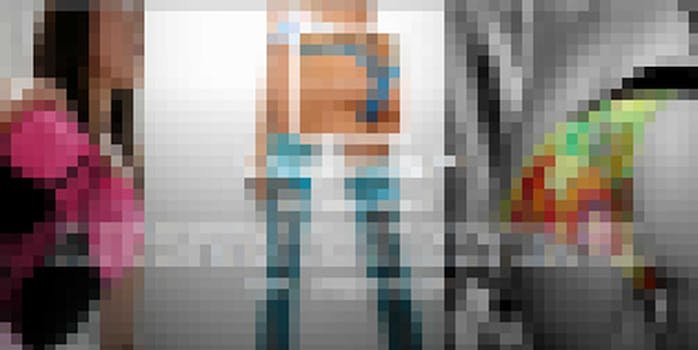 The creepshot contagion won’t die, and the Internet is fighting back

Twitter, Tumblr, and Facebook users are the midst of a battle over photos of women, taken without their consent.

Social media is the best thing ever to happen to creepshots—those revealing photos of women, taken without their permission that are arguably illegal and are inarguably gross violations of privacy.

On Twitter, Tumblr, Facebook, you name it, some creeps have already set up a temple to this abusive sleaze, each with tens of thousands of followers. And, more often than not, they’re left alone, despite the fact the harassing images likely violate the sites’ user policies.

There’s a growing backlash, however. More than 7,500 people have signed a petition urging the big three social networks—Twitter, Tumblr, and Facebook—to ban creepshot images outright. “This behaviour,” the petition states, “and the lack of consequences for it – both highlights and perpetuates the pervasiveness of our rape culture.”

Take, the writer suggests, a few recent comments straight from one of the Facebook pages in question:

– “Always a target whenever shopping. She better hope I dont run into her in the parking lot on a dark night”

– “Obviously wants the d and I am willing to give it to her, whether she likes it or not”

The anti-creepshots movement is spearheaded by the Tumblr blog Sexist Facebook Dudes which, despite its name, has an all inclusive policy for targeting creepshots, no matter which social network they reside on.

The blog’s creator—who did not respond to a request for comment on this article—turns the tables on the creeps by publishing the names and faces of the people either publishing, commenting on, or sharing the photos. One such post was shared 4,000 times on Tumblr.

On Facebook you cannot “bully, intimidate, or harass any user” or post content that is “threatening.” Creepshots, with their undertones of rape, are inherently threatening. Tumblr, likewise, bans all content that is “stalking, or harassment.” Twitter is not so cut and dry, only banning “direct, specific” threats against another user. (Though it could be argued that the largest creepshots Twitter account, with its nearly 90,000 followers, violates Twitter’s rules against obscene profile photos.)

Last year, another Tumblr user employed a similar name-and-shame strategy against Reddit users who’d posted photographs or commented in that site’s controversial r/creepshots forum. That incensed Reddit users, for whom outing someone’s real world identity is a grievous sin— much worse, apparently, than violating the privacy of, and harassing, women.

One of those ID’d by the blog turned out to be a high school substitute teacher, 35-year-old Christopher Bailey, who shot upskirt photos of his underage students. He was fired.

The backlash over creepshots precipitated a public relations crisis for Reddit. Dozens of media covered the subreddit, which eventually closed when someone threatened to out the identity of its moderator. Meanwhile, the role of legendary troll violentacrez in the subreddit prompted Gawker to reveal his identity—a story that suggested Reddit’s own staff bore much of the responsibility for the images’ proliferation, thanks to their hands off approach.

Reddit was an easy punching bag. The site’s staff and users like to refer to it as a “community,” a place where users—”redditors”—have some kind of shared identity. That in turn suggests some communal guilt in instances of abuse.

Facebook, Twitter, and Tumblr make for more nebulous targets. They are platforms for communities, not communities in and of themselves. Will the media care this time around? More than 7,500 are hoping “yes.”