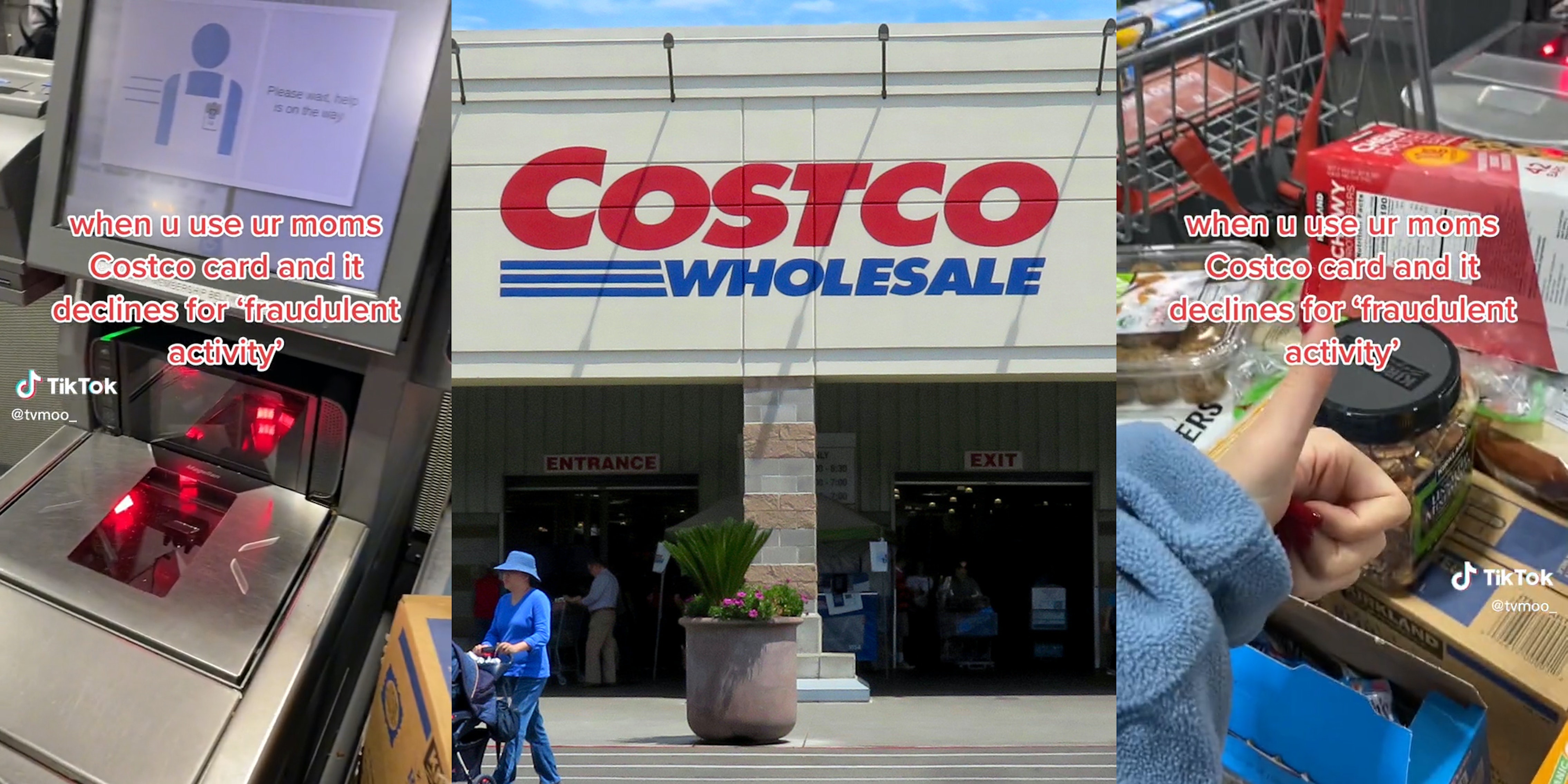 ‘Costco did the same thing to me’: Customer using mom’s card says Costco declined it for ‘fraudulent activity’

'That’s why I prefer going to Sam’s.'

A TikToker took to the platform to claim that Costco declined her mom’s card when she was trying to use it in the store for “fraudulent activity”—and apparently, she’s not the only one.

The video comes from creator Temo (@tvmoo_), who garnered more than 1.9 million views for the short video that went up the day after Christmas to highlight an incident at a Costco.

The video includes an on-screen caption, “When you use your mom’s Costco card and it declines for ‘fraudulent activity.'” The video pans over a full cart of Costco items, a self-checkout station with a digital sign reading, “Please wait, help is on the way,” and someone—presumably the creator—giving a thumbs-up that is most certainly sarcastic.

on the phone for 20 min 3 ppl on the line to confirm that yes I’m at Costco and yes my mom authorizes the transaction like ??

The caption accompanying the video tells a little more of the story. Temo relayed, “On the phone for 20 minutes, 3 people on the line to confirm that, yes, I’m at Costco, and yes my mom authorizes the transaction,” with a “like ??” at the end to convey confusion over the situation.

Commenters were sympathetic to Temo’s experience. As one remarked, “Costco did the same thing to me. [I] used my mom’s card and [they] declined it. They are so strict about it,” before invoking Costco’s chief rival by noting, “That’s why I prefer going to Sam’s.”

“I was buying Goldfish with my dad’s Costco card and they escorted me out and didn’t let me buy the goldfish and flagged his account for fraud,” said another.

The video sparked debate about the membership rules, including one commenter who asserted, “Guys, it’s $5 a month to have a membership and it’s worth it. Go get one.”

The user then added, “There’s rules for a reason lol.”

According to Costco’s membership policies on its website, the “Primary Member” must authorize all charges and cardholder changes under the membership. However, it also adds that the primary member can add “additional Cardholders (Affiliates)” to their membership.

But debates continued about how these rules are actually applied. A commenter claimed, “We were told if you aren’t the person in the picture of the membership you’re not even allowed in unless they’re with you.”

And yet, a different user argued, “Maybe it’s just my Costco, but mine doesn’t care. As long as you can pay, it’s all good, lol.”

The Daily Dot has reached out to both Temo and Costco for comment.