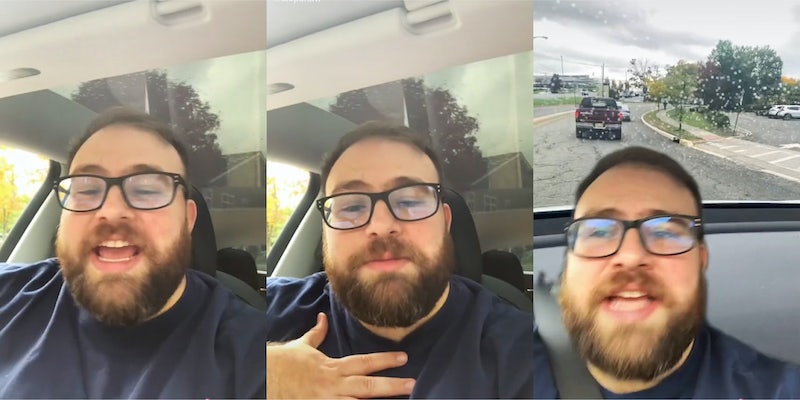 ‘Neutralize the scenario’: Corporate VP shares the one trick that helped him climb the corporate ladder, sparking debate

'Save your emotions for your good times.'

The workplace is a minefield when it comes to the work that happens outside your job: Navigating group dynamics. Should you go to happy hour with co-workers? How much small talk is enough? And what about combative situations?

New York City corporate VP Alex Bradshaw, who posts “corporate survival tips” as @corporateconfucius, received over 45,000 views after sharing a video of him explaining how he handles them. He claims that he went from being a “no experience worker to vice president [of a company] in four to five years.”

His method to climbing the corporate ladder received praise—and pushback.

@corporateconfucius This will make your life soooo much easier if you can master it. Allowing #work to bother you on a personal level is just stupid. There’s no other way to put it, it’s just a waste of time. If you find it impossible to disconnect, get a new job that’s more fitting for you. I also think this concept applies to every day life. When I see someone impatiently freaking out while waiting for their drink at starbucks, I just think about how that’s true weakness. #careertips #corporatelife #corporateamerica #millennial #careeradvice #emotionalcontrol #emotionsmatter #job #career ♬ Bach Concerto in a Minor for Violin – Classical Music

Bradshaw began the video with a scenario and how to handle contentious interactions.

“When someone is communicating with you from a place of panic, fear, anger, whatever, there is only one goal, regardless of the details,” said Bradshaw.

Bradshaw explained that it is to “neutralize the scenario” and while it can be simple, it is easier said than done. He continued that if you meet people’s energy, then you make the situation worse.

Bradshaw shared his favorite word to use and why in those types of situations.

“My favorite word is ‘OK,’” said Bradshaw. “OK is such a good word because it’s just acknowledgement.”

”You aren’t agreeing or disagreeing with the person, you’re just acknowledging what they said and then getting back to the task at hand which at work is literally the only thing that matters, ever.”

Bradshaw concluded the video by saying to “save your emotions for your good times” and “investing too many emotions into things that happen to you at work is like making money and then spending it at work.”

This philosophy doesn’t stray too far from corporate best practices. Popular management book Crucial Conversations, for example, is about understanding when you’re in a high-stakes conversation and guides you through them.

“Amen. You can’t take it too personally. Neutralize situations, find solutions and move on,” one user wrote.

Another commented, “From a fellow intern to VP [vice president], this is absolutely the way to go. If you center yourself as ‘the calm in the storm,’ you become indispensable.”

A viewer wrote, “100% learning how to neutralize and problem solve has gotten me so far.”

On the other hand, some users had their own opinion on how this method may not apply to everyone.

One viewer wrote, “OK, but I am a woman in tech and if I don’t bring empathetic or nurturing energy to every situation, they say I’m abrasive.”

“It might not be so realistic for everyone to expect the same trajectory you opened with, but this is good advice regardless of career goals,” said another user.

“Obviously [it] would be tailored to whatever you want. But I do have to disagree, if you can cut out the BS, you can focus and focus is key to success,” said Bradshaw.

The Daily Dot reached out to Bradshow via comment on video.