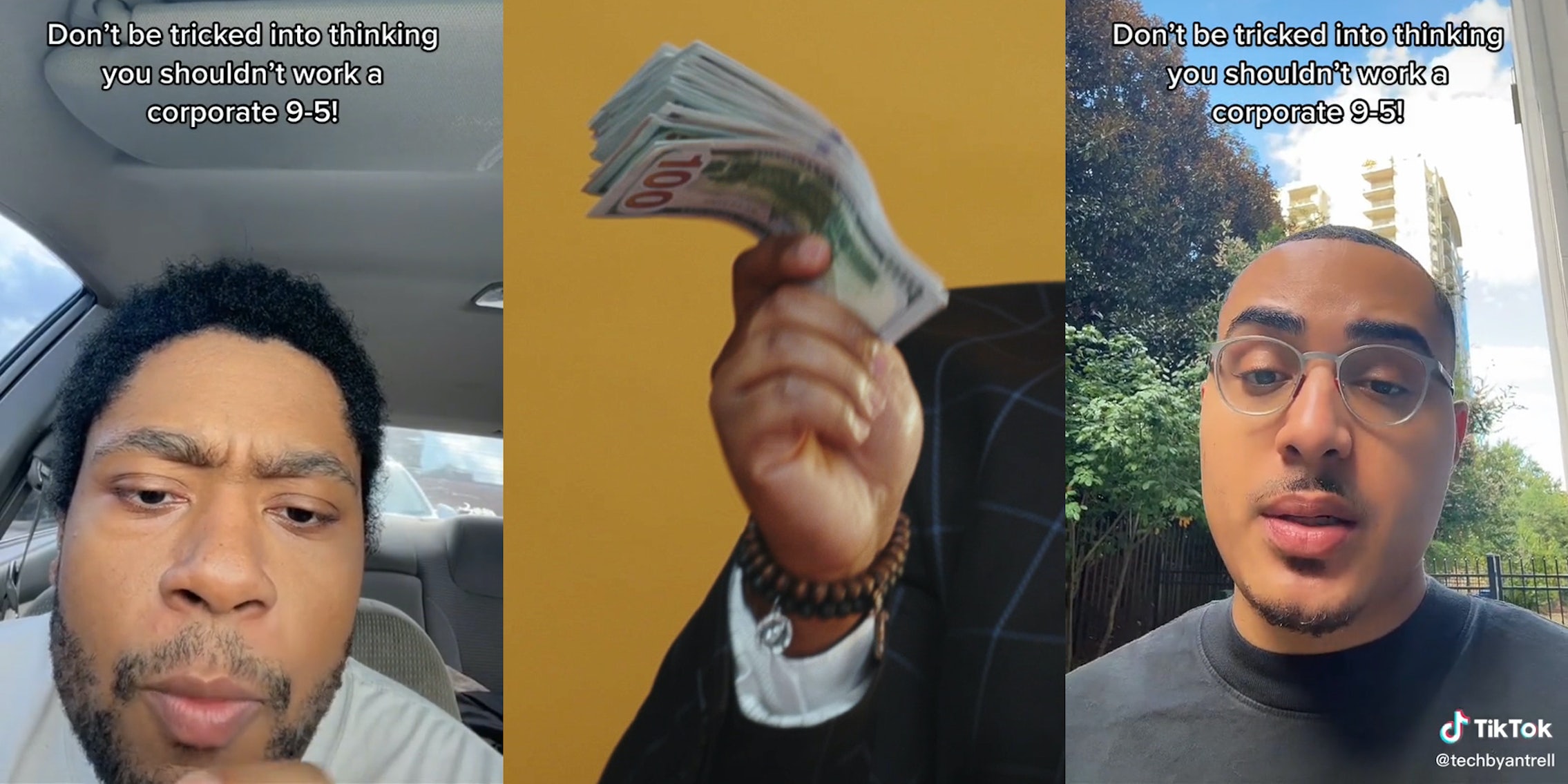 A tech professional and “corporate satirist’s” video criticizing those who do not want to work a 9-5 corporate job has drawn over 813,000 views on the platform, where the take shared by @techbyantrell has sparked a debate among viewers.

In the video, @techbyantrell tells viewers that corporate jobs pay enough that they shouldn’t be complaining about working a traditional office job.

“Honestly, once you start making a certain amount of money, it’s really not that bad to be working at corporate,” he says in the video. “I mean quite literally, you’re making $400 to $500 a day to sit there, as long as you’re not doing more than what you’re paid to do, so if you’re ‘quiet quitting,’ it’s not that bad, stop complaining.”

However, the $400-$500 daily pay @techbyantrell mentions requires either a high salary or an hourly rate in excess of $50, something that is limited to a certain set of professions. Some viewers expressed that the figure thrown out was more aspirational than attainable to them.

Others agreed with the core of what @techbyantrell said—choosing a 9-5 workday for themselves as well.

“I worked for two hours this morning and have been on my couch the rest of the day waiting in case someone emails me,” one commenter wrote. “Easy money.”

“Especially if you work from home,” another commenter wrote. “Like why would I complain about meetings when I’m literally sitting in my kitchen in pj’s eating a snack.”

The Daily Dot reached out to @techbyantrell via email for comment regarding the video, but did not receive a response ahead of press time.