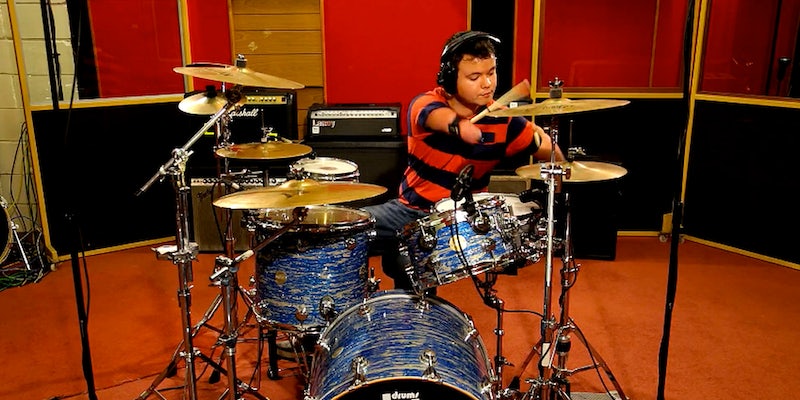 Drummer with no forearms plays the best Foo Fighters cover ever

“Everlong” is hard to perform when you have four full limbs. This guy has just one—a leg—but he makes it look easy.

The Foo Fighters’ “Everlong” is a difficult song to cover on drums already. The way Taylor Hawkins plays it, it’s a nonstop onslaught of 16th notes and two-measure-long fills that crash into the upbeats in the chorus. It’s hard to perform when you have four full limbs. This guy has just one—a leg—but he makes it look easy.

Cornel Hrisca-Munn was born without forearms and had one of his legs amputated, but that hasn’t stopped him from learning to play the bass and drums. His YouTube channel is full of him covering popular songs on one of the two instruments, often playing both of them in a song.

He went viral last year with a cover of DJ Fresh and Rita Ora’s “Hot Right Now,” but now the disabled drummer’s latest cover of the Foo Fighters’ “Everlong” is impressing musicians all over YouTube.

At one point, the top comment was from the Foo Fighters themselves, who wrote, “Cornel, you KICK ASS.”